Superstitious belief in our country since ancient times, beliefs, has been circulated. When it comes to the portions of the female is going to be quite a bit higher. However, they are facing many challenges, such as one of the most important factor is. Women’s are not allowed burring of the dead persons. According to Hindu tradition, the bodies of the dead persons, must not take by the Women’s to cemetery. Funeral pyre also should be avoided. It has been in our country for too long. In many areas, even if they’re still mindful of it. But in Gujarat, the woman went to the cemetery in a period of such superstitious beliefs. It was also carrying up the dead body of her husband. 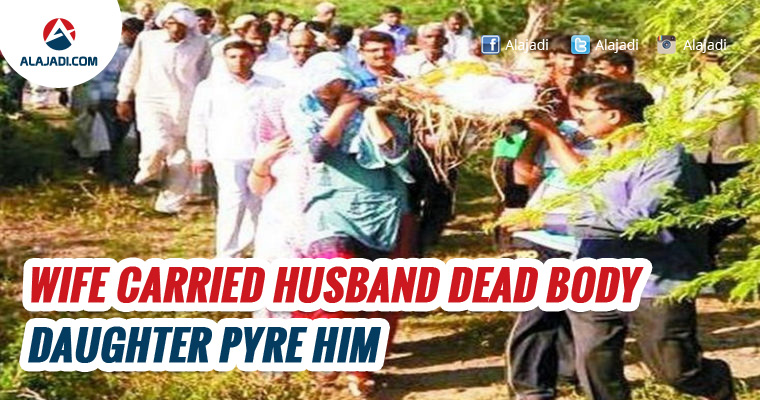 Head Constable Rakesh Yadav, who was working with the police department in Gujarat. Anju Yadav is his wife. They have a child, a daughter. Recently, the line of duty, while Rakesh Yadav, died with a sudden heart attack. The doctors who conducted the post-mortem of the body of his dead body was sent home by Ambulance. However, the time came for his body to be buried in the cemetery. Also, many people came forward to help. But Anju Yadav refused. She carried her husband’s body on the hearse to the cemetery.

Anju Yadav hearse to the grave of her husband, her daughter funeral pyre was done. For Rakesh Yadav and his wife has only one daughter, no sons for them so Anju made her daughter to pyre his father. Normally, no one would ever dare to go ahead with such adventure. No one likes to go against the sanctions imposed by the society itself. Any who did not even say, Anju Yadav did so daring. So now everyone can appreciate her. Since ancient times, she was not required to demonstrate that the commitments of the campaign.