While the entire country stand with the bewildered families of the Uri martyrs Mahesh Savani, a businessman from Gujarat’s Surat has come forward offering them a helping hand. The city-based PP Savani group has announced that it will sponsor the educational and other expenses of the children of the martyr Indian soldiers killed in Uri terrorist attack. The group is primarily involved in realty sector and also operates chain of schools. 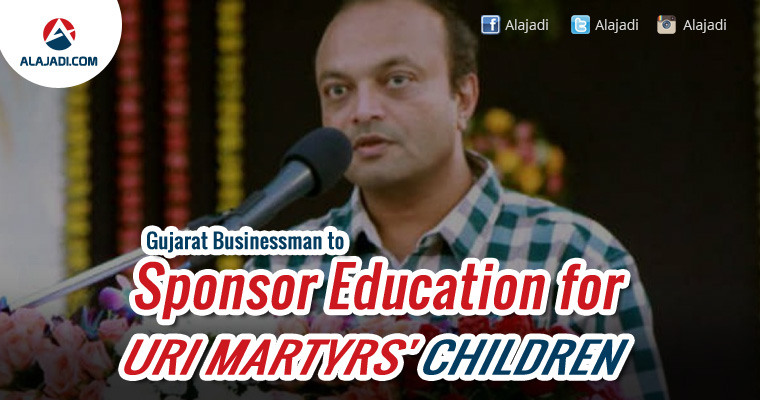 Mahesh Savani, social activists and philanthropist of the PP Savani group said that around 17 soldiers have been killed in the Uri attack. The little children have lost their fathers. It is the prerogative of the group to sponsor the educational and other needs of the martyrs’ children studying in the schools and colleges.

Talking with TOI, Savani said, “I saw a girl of our Indian soldier crying on the television saying that her father had told her to study hard and become successful. At that very moment, I decided to sponsor the children of the martyrs killed in Uri attack.”  Savani added, “Along with education, we will also provide the hostel and other accommodation to the children wanting to study with PP Savani International school.” The PP Savani group has been providing free education to fatherless girls from across the state since last many years.