There’s not much excitement around Kaala as director Ranjith’s previous film Kabali with Rajanikanth failed to meet expectations. Ill timed release, low key promotions and the Kabali director are the main reasons for low buzz around Kaala. Did Ranjith make up for his mistakes in Kabali in his second round with the superstar? 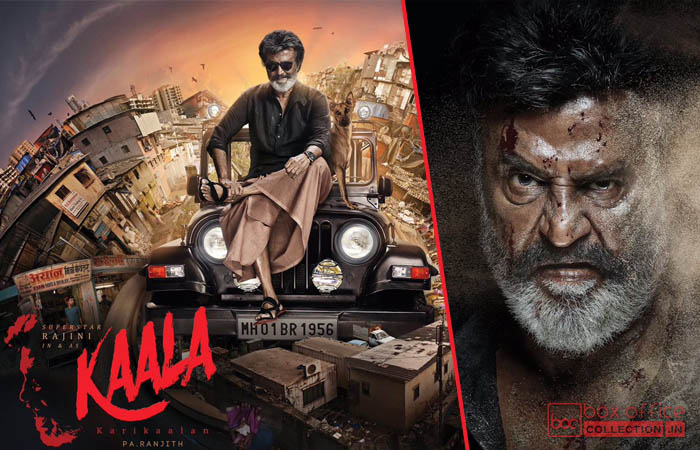 Kaala (Rajani) is the King of Mumbai’s biggest slum Dharavi. A political don Hari Dada (Nana) eyes Dharavi for its placement and connectivity to the city’s richest areas. While Hari makes various attempts to get the people out of Dharavi, Kaala stands between him and his goal.

Rajanikanth is super stylish as Kaala in spite of playing a grandfather’s character. His swagger, mannerisms and performance are the main highlights of Kaala. Director Ranjith who underplayed with Rajani’s image in Kabali has made sure to offer some fan moments throughout the film. Nana Patekar is splendid as the calm and composed villain. His confrontation scenes with Rajani are a treat to watch.

Huma Qureshi is decent and Eeswari Rao is aptly cast. Samuthirakani, Sampath Raj and Anjali Patil were seen in key roles. Supporting cast has many Tamil faces that are not known to Telugu audience.

Director Pa. Ranjith has once again stuck to his ideologies while making an attempt to offer mass entertainment to Rajani fans. He did his best to insert some whistle worthy moments for the sake of fans. He has certainly learnt a lesson with Kabali’s result, but couldn’t entirely keep his policies aside for the commercial benefits of the film. If Kabali was a Non-Rajani film, Kaala is half Rajani, half Ranjith film.

Background score is superb although none of the songs are impressive. Cinematography and production design are major assets. Run time is so long that there are many boring stretches and lengthy family scenes, which should have been taken care of by the editor. Production values are good.

There is a sense of dejavu at the beginning of Kaala as director Ranjith once again picks the same theme that he explored in Kabali. Huma Qureshi’s entrance and Kaala’s love story also reminds us of Kabali, but the director is attentive enough to switch gears at the right time. The pace in the first hour goes up and down with some enjoyable moments here and there. It picks up pace during pre interval scene with ‘Kya re Settinga’ dialogue and the fight that comes on the flyover.

Confrontation between hero and villain is saved until the intermission point and it turns out to be the best scene in the whole movie. Kaala’s first half ends on a high note with Pa. Ranjith looking to have cracked the commercial formula and vintage Rajani back in action. Interval scene raises high expectations on the second half. Police station scene will make fans go berserk, but things go downhill right away. Director Ranjith suddenly keeps Rajani’s superstardom aside and gets into his mould in highlighting the theme ‘Land is rich man’s power and poor man’s life.’

Villain has an upper hand on the hero from that point to the very ending thus leaving the mighty Kaala helpless in between the chaos. Ranjith should have left his own ideologies aside and focused upon making a Rajanikanth’s film. But the director’s reluctance to stick to the formula has done damage to Kaala’s box office prospects. The climax episode is an innovative thought, but it won’t appeal to everyone. Masses and fans that are hoping for a heroic ending will be left terribly disappointed. Rajanikanth alone would have made this one a memorable one had the director not slipped into his regular mode of storytelling.

Having said that, Kaala is not as bad as Kabali! It has some fan frenzy moments and enjoyable scenes between Rajani-Huma-Eeswari. Confrontation scenes between Rajani and Nana Patekar are genuinely thrilling. Superb background score and fantastic visuals are its other plus points. But a badly executed second half with an unpardonable ending has loomed large over the film’s final impact. Kaala appeals in parts because of its well written scenes and characters, but fails on a whole. You may watch it for Rajani and some mass moments, but make sure to keep your expectations in check.