Offering heart-warming proof of the fact that there’s no barrier that can stop people from falling in love, a mass wedding ceremony in Delhi saw differently abled couples stepping into married life. In this at least 51 differently-abled and financially challenged couples got married in a mass wedding ceremony in Delhi on Sunday. The wedding in Punjabi Bagh area was organised by Narayan Seva Sansthan, a charitable organisation. The mass wedding included differently-abled couples from Gujarat, Rajasthan, Madhya Pradesh and Uttar Pradesh. 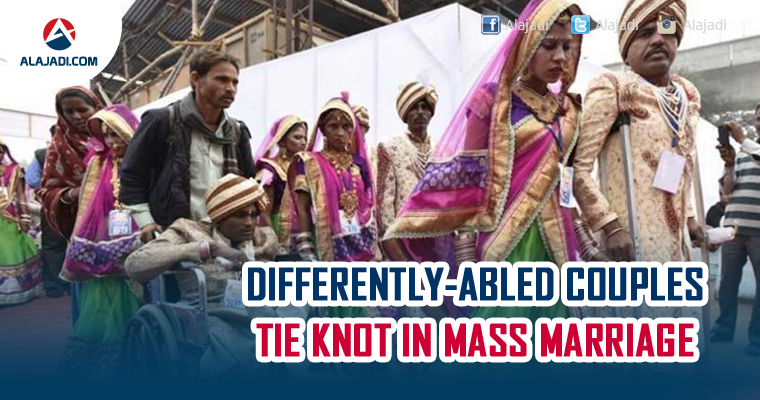 The mass wedding ceremony is an endeavor from our side to elevate these individuals to become fully-functioning members of society. Disability shouldn’t inhibit one in any aspect, be it professional or personal sphere, said Prashant Agarwal, the president of the organisation.

The ceremony was organised as a sign of solidarity towards the community. Friends, family members and relatives of the couples attended the wedding. In a press release, the organisation said, the mass wedding ceremony is an endeavor from our side to elevate these individuals to become fully-functioning members of the society.

Most of the couples who tied the knot on Sunday had met during free-of-cost corrective surgery at the Jaipur hospital. In June last year, the organisation had conducted a similar mass wedding involving 92 couples in Delhi’s Ramlila ground. The couples were offered presents during the “Kanyadaan” ritual. Vinay Thakur, Deputy Superintendant of Tihar jail was also present at the ceremony