Rajkummar Rao comes with a social message oriented comedy entertainer, Newton. The trailer for the same has been released by the movie makers. The trailer is unique and from the beginning its is straight forward and jumped into the crux of the story. The movie has more than what you can expect and the trailer got attraction from the viewers as well. 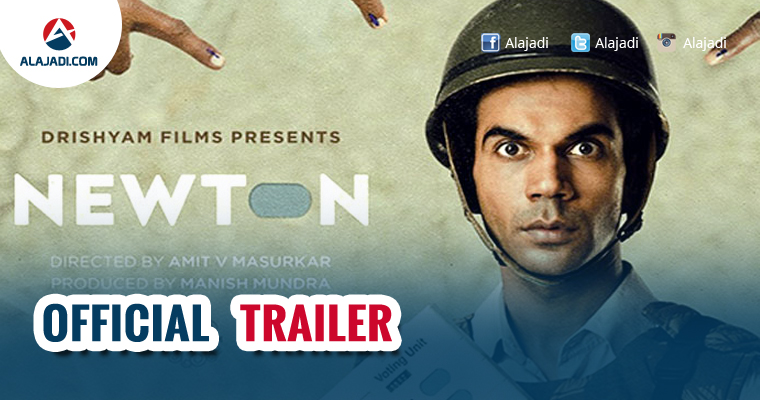 Newton is a 2017 Indian Hindi-language black comedy film directed by Amit V Masurkar. Produced by Drishyam Films, the film is Masurkar’s second feature after his debut film, the slacker comedy independent film Sulemani Keeda in 2013. The two and a half minute trailer sees the story unfold layer by layer starting with the scene where Newton and his family comes to see his prospective bride. With this story shot in the jungles of Chhattisgarh in central India. Then we go into the interiors of a jungle, likely to be a Maoist-hit area, where Rao is in charge of conducting a free and fair poll. We also meet Pankaj Tripathi, the local commander of a paramilitary troop who wants to have his way, but Newton is determined to conduct the proceedings as per the rule book. Newton had its world premiere in the Forum section of the 67th Berlin International Film Festival, and is set to have its North American premiere at the Tribeca Film Festival where it screens in the International Narrative Competition section.

Newton received a warm response at its premiere at the Berlin Film Festival. It also won the CICAE Award for best film in the Forum Section. The Huffington Post wrote “Newton is a touching, personal and very human film about the strength of one very resolute rookie election clerk to uphold the democratic process in a rebel-threatened area.” Do watch here.