NTR is enjoying a new phase in his career as a successful television host who had catapulted the TRPs of the show ‘Bigg Boss, Telugu’ to the top slot. He is also on the top as the celebrity television host. Certain decisions boost actors’ careers beyond expectations, as evident from top Telugu actors’ stints as reality shows hosts on TV. Bigg Boss Producers were unsure whether or not there will be Season 2 for the Telugu Version at the time of Season 1 launch. However, They took a firm decision to continue the show after the record-breaking success of the first edition. Why wouldn’t they do so after Star MAA got back to No.1 Position after airing this reality show? 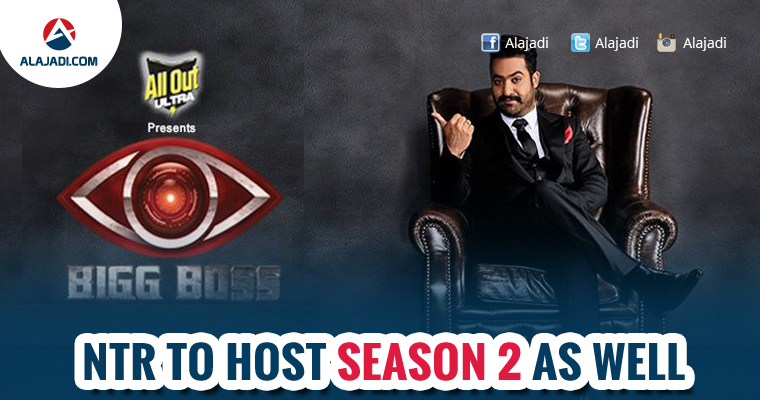 First, it was Nagarjuna, who hosted Meelo Evaru Koteeswarudu, taking the channel it aired in to new heights, also leading to his films garnering lot of attention. Same is the case with Jr NTR now as he hosts Bigg Boss. Not only is the show on top, but it is also helping him personally. Management of Bigg Boss placed the offer of hosting the Second Season before NTR. While he pocketed Rs 7 crore for First Edition, The pay package could be Rs 10 crore or more for the Second Edition. Tarak will be more than happy to host Bigg Boss Season 2 after the tremendous response he received from all sections of people. Apart from good remuneration, He gets the opportunity to reach out to a larger section of people and influence them in a good way to increase his fan base. So, why would he turn down such an offer?

Naturally, this stint is going to help NTR and boost up the expectations and hype for his next release ‘Jai Lava Kusa’. With his improved fan base and also the hype on the triple characters, he has been essaying in ‘Jai Lava Kusa’, NTR is definitely on the top of his game.