The South Indian International Movie Awards (SIIMA) 2017 is going to be held in Abu Dhabi in a grand manner. The mega awards event is going to be held on June 30th and July 1st in Abu Dhabi. A curtain-raiser event was held in Abu Dhabi which saw the attendance of Rana Daggubati, Shriya Saran, Jayam Ravi besides SIIMA chairperson Brinda Prasad and others. The awards will be given in various categories for excellence in cinematic achievements in all four South Indian languages Telugu, Tamil, Kannada and Malayalam. 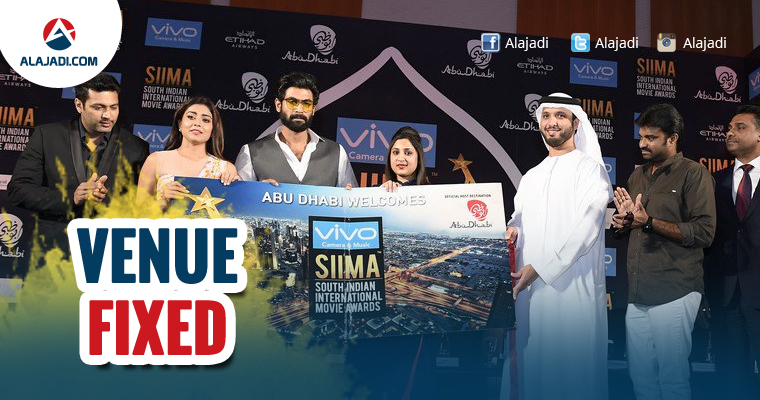 The title sponsor for the event is Vivo. This is the sixth edition of SIIMA while its first five editions held in several parts of the world have witnessed great success. Buoyed with it, the team has introduced a new segment for short films and the awards will be given in 8 categories for all South Indian languages. This year, the organisers have also initiated a new segment for short films that is expected to recognise the talent in budding filmmakers who aspire to make feature films.

Meanwhile, for short films, the film makers have to submit their short films to the SIIMA directly out of which a team of judges will scrutiny and decide the winners. The winners will also be given a platform to interact with the stars and pitch their ideas for the feature films to them.