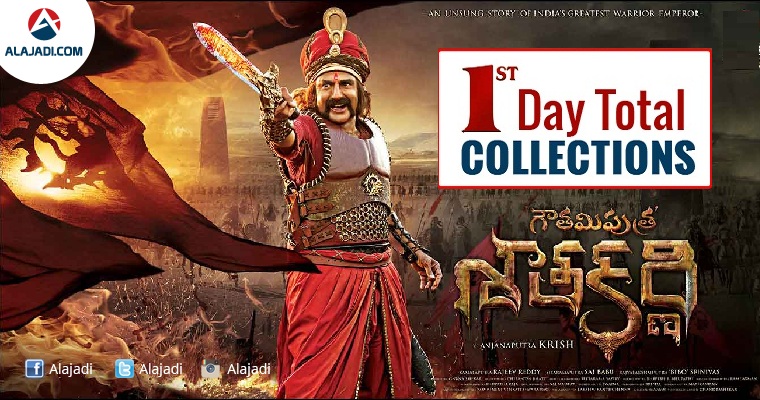 The film which released worldwide on Jan.12th, 2017 opened up with a blockbuster talk from the critics and normal audience. Balakrishna’s extraordinary performance, Sai Madhav Burra’s tremendous dialogues, Gnana Sekhar’s superb cinematography and Krish’s direction remained as highlights of the film. Overall, the movie is one of the best films in Telugu recent times which won the hearts of the audience.

It has turned biggest opener for Balakrishna in the country. With the preview shows the distributors are yet to reveal the final numbers. But as per early estimates, Gautamiputra Satakarni has collected $313,150 from 106 screens at the US box office in the premiere shows. On the first day, Gautamiputra Satakarni has collected a box office collection of 14 crores worldwide including satellite rights and copyrights.   On the first day, the movie has collected 9 crores in India and 2.5 crores in overseas.