National Award- winning director SS Rajamouli’s upcoming film Baahubali: The Conclusion has made some unprecedented pre-release business for a movie produced down south. It is said that the film starring Prabhas, Rana Daggubati has already raked in more than Rs 500 crore, which is mostly from the sales of its theatrical rights. Baahubali 2 will release in three languages, including Telugu, Tamil and Hindi. Bollywood’s favourite filmmaker Karan Johar’s Dharma Productions is presenting the Hindi version of the film. And it has reportedly paid a record price for its theatrical rights that will give Bollywood’s biggest titles a run for their money. 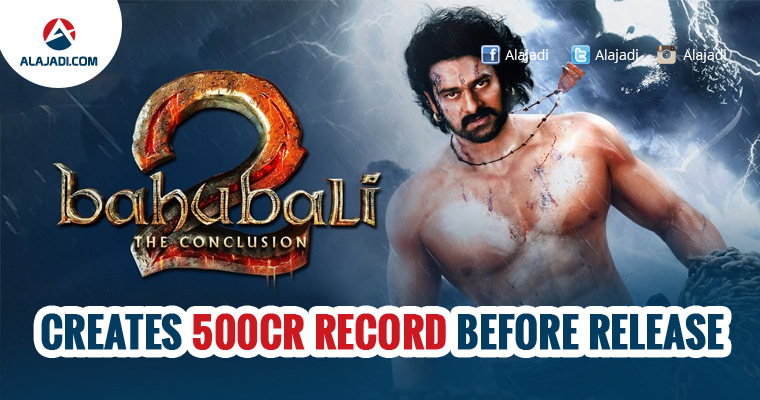 According to a pre-release break-up provided by industry tracker Ramesh Bala, the theatrical rights of the film’s Hindi version has fetched a whopping Rs 120 crore. Baahubali: The Beginning, that was released in 2015, became the first south Indian movie dubbed in Hindi to collect Rs 100 crore at the Bollywood box office.

These pre-release trade numbers show the massive amount of interests and popularity that the film enjoys around the world. The visual effects of Baahubali 2 are also expected to be superior compared to its first part, which set the benchmark for making period films in India. The film is in post-production stage and about 33 studios around the world have been working on the film’s special effects as the countdown for its release as already begun.

Baahubali 2, directed by Rajamouli, has Prabhas, Anushka Shetty, Rana Daggubati, Tamannaah among others in important roles and is bankrolled under Arka Media Works banner. The film hits the screen on April 28 this year.