After sizzling in a special song in Allu Arjun’s Sarainodu, actress Anjali, who carved a niche for herself in the Telugu cinema with hits like Geetanjali and Seethamma Vakitlo Sirimalle Chettu is back on big screen to showcase her prowess in a female oriented thriller directed by Pilla Zamindar fame Ashok G. Chitrangada is a movie directed by him with Anjali playing the title role in both Tamil and Telugu. 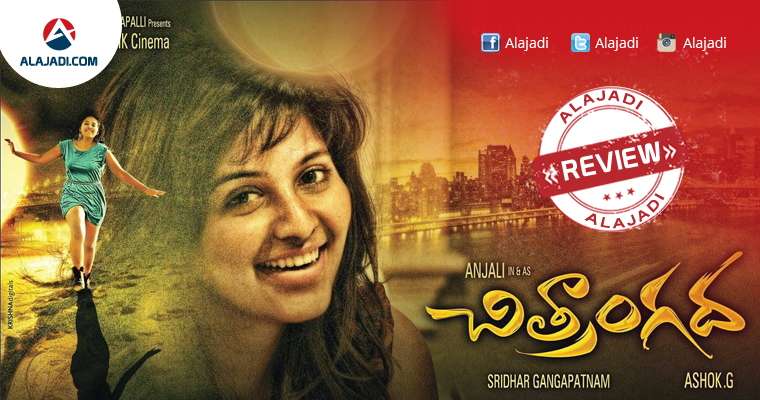 Anjali as Chitrangada, she is very strong person. But some unexpected twist and turns in her life. Due to some Negative forces, Chitrangada falls in danger. With all circumstances she have to go through in attempt to get out of it. How a woman is haunted by her thoughts and vision and how she overcame is remaining story. Few shades of old horror backdrop film repetitive scenes are showcases. Overall Anjali performances, tight screenplay entertains you well.

Chitrangada is different attempt which attempts to expose how a strong lady overcome some negative forces. In this film Anjali looks in trendy role, the film deals about how a woman is haunted by her thoughts and visions.

Anjali: She showcases her mark in this film.

Chitrangada Movie is directed by G Ashok, previous film was Pilla Jamindaru. He proved as good story teller and now he come with another new story backdrop. Music is composed by Selvaganesh. Also this film claims large computer graphics part in the film.