Tollywood New Film Nanna Nenu Na Boyfriends Released to Sliver Screens This Friday in AP and Telangana. Nanna Nenu Na Boyfriends Directed By Bhaskar Bandi. The film is a youthful entertainer drama and stars Tejaswi Madivada and Hebah Patel in lead roles. The movie focuses on the teenage side love story of girls in India. Rao Ramesh plays an important role of both the girls in the film. The distribution rights of the movie are acquired by Dil Raju under Sri Venkateswara Creations Banner. The movie is a complete family entertainer which revolves around the pure love story of a lovely girl. 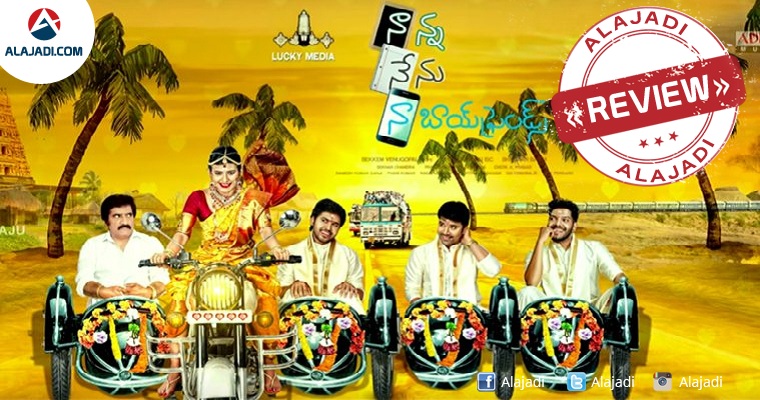 It gives a glimpse of story line, the movie is all about the story of a young beautiful girl, her three boyfriends and a doting father. Kumari 21 F fame Heebah Patel is playing the female lead and the role of her father is portrayed by Rao Ramesh. Her three boy friends are actor Noel, Raju Gari Gabhi fame Ashwin and Kernitha fame Nookaraju. Ice- Cream baby Tejaswi Madivada will be seen playing the crucial role and as Heebah’s mentor. in the teaser, Heebah is seen as one of the luckiest girl whose father takes her special care, she selects three boy friends and when she has to ok with one, her mother asks her to think about father. What will happen next?

As per title, Heroine loves three boys at a time. What the complications she faces. What her family views about her decision is perfectly shown in the film. On the whole, Nanna Nenu Naa Boyfriends movie has some decent elements going its way. A simple set up, decent performances from the lead cast and some emotions are basic assets. If you go in with low expectations and forget the predictable nature of the script, you can give this film a shot for its great father- daughter sentiment. The movie showcases the pure love of a father on his one and only daughter. Must Watch Don’t Miss This Popcorn Entertainer.

Hebah Patel: She  never fails to mesmerise the audience with her bubbly character.

Shakalaka Shankar: Who makes an entry as a thief performed great.

Rao Ramesh needs a special mention in the film. Everyone will be impressed by the emotional play of Rao Ramesh in the movie. Supporting actor Tejaswi Madivada’s performance is impressive. Noel Sean, Ashwin and Kerintha Nookaraju portrayed lived up to their characters.

The movie marks the directorial debut of Bhaskar Bandi, who was a former associate of leading Tollywood filmmaker VV Vinayak.  Movie team recently completed Censor formalities and official censor board members awarded as U/A Certificate. And Censor board members appreciate the movie team for the great story. Young music composer Sekhar Chandra composed an excellent music for this film.