Actress Taapsee Pannu much awaited Telugu film Anando Brahma finally hits silver screens on Friday, August 18th, 2017. The film has been receiving thumping response from the premier shows. Anando Brahma is horror comedy which comes with a caption ‘Bhayaniki navvante bhayam’ (Fear is scared of laughter). Recently, Tapsee Pannu starrer Anando Bramha has been censored. The Censor Board has given the film a UA certification. 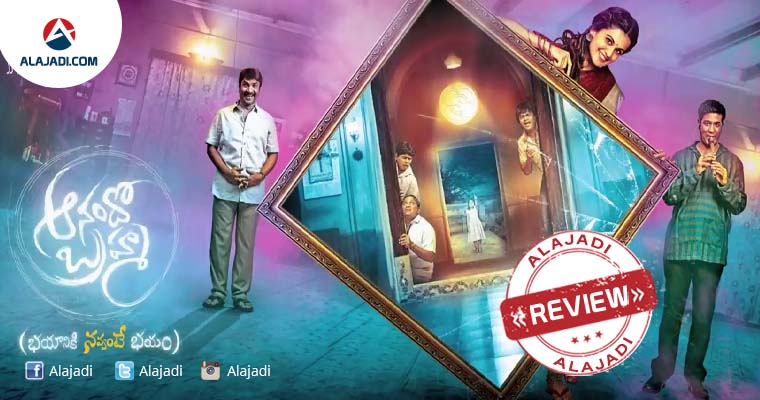 Anando Brahma is a comedy-horror Telugu movie, revolves around the role of Taapsee as she will be seen playing the central character in the movie. The film is a unique story and It showcases how ghosts are scared of humans and an interesting clash between the ghosts and the humans forms the main crux of the story. What makes it different from other films in this genre is the concept explored by Mahi V Raghav. Generally, people are afraid of the ghosts in horror comedy films, but ghosts are afraid of people in Anando Brahma. This is the major asset of the film. What made the ghosts to afraid of people and how the human beings made the ghost to afraid of them??? Forms the rest of the story.

Anando Brahma works for its hilarious second half. This comedy horror genre film has been shot on shoestring budget, most likely will make good profit. Watch it with limited expectations, you’ll not be disappointed with its nice comedy. Tapsee Pannu makes a strong comeback with the rib tickling fun and witty horror thriller. A worth watch flick and good bang for your hard-earned bucks.

Casting is one of the major strengths of this film. Tapsee, Vijaya Chandar, Srinivasa Reddy, Shakalaka shankar, Ramesh and Vennela Kishore every one excelled in their roles. Prabhas srinu and Posani got shorter roles. Rajiv Kanakala played a key role after a gap which he did well.

Paathshala fame director Mahi V Raghav made a comeback with Anando Brahma. The film has rich production values. Krishna Kumar’s background score, Anish Tharun Kumar’s picturisation, special effects and punch lines are the attractions on the technical front. Producers Vijay Chilla and Shashi Devireddy are lucky to get this subject which will fetch high returns.