Taapsee Pannu’s next Anando Brahma is a Telugu horror-comedy, which starts in a usual way but has an interesting twist. Just like any other story, in this film too, there’s a huge villa, haunted by the souls of a family who died under mysterious circumstances. However, we are introduced to four actors who scare the ghosts. Yes, the story has been reversed. But what’s Taapsee’s role in the film? Well, while we see her as a normal girl, we also are left with an impression that it is Taapsee who has turned into a ghost this time. 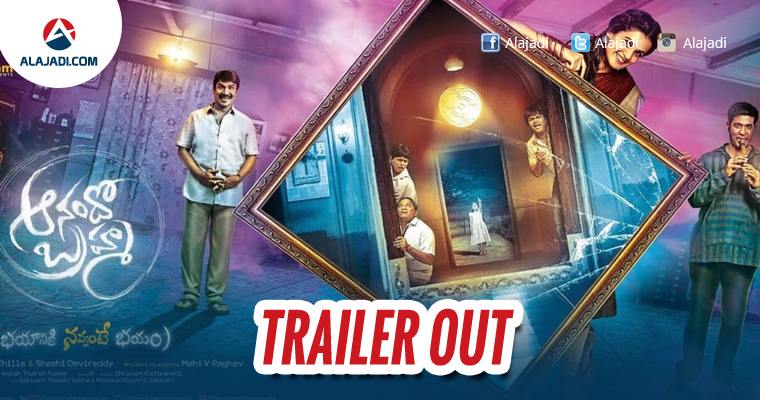 The trailer begins with a girl listening to a story narrated by her grandfather. However, as soon as the trailer comes to an end, we are told that the grandfather has been dead for three years. The trailer gives you the creeps but it would be interesting to know how the story takes a U-turn.

The film, which has been directed by Mahi V Ragha and produced by Vijay Chilla & Shashi Devireddy, also stars Srinivas Reddy, Vennala Kishore, Thagubothu Ramesh and Shakalaka Shankar who have always entertained the audience with their comic timing. Apart from them, Rajeev Kanakala, Posani Krishna Murali, Tanikella Bharani, Vidyullekha Raman and Prabhas Sreenu will also be seen playing pivotal roles.  Anando Brahma is Taapsee’s second Telugu film this year, after The Ghazi Attack. The film will hit theaters in August. In Bollywood, Taapsee has Judwaa 2, with Varun Dhawan and Jacqueline Fernandez. The film is scheduled for release this year.