Sunshine Cinemas in association with Suresh Productions is coming soon with their new film Pittagoda. Presented by D Suresh Babu and Produced by Dinesh Kumar and Ram Mohan P, Pittagoda is an entertaining story of love and friendship set in the backdrop of Godavarikhani in Telangana state. He is a genius in terms of business and his father Dr. D. Ramanaidu too revealed this several times. Famous producer D. Suresh Babu who put a stop to releasing big budget films is still releasing small-budget movies under his banner Suresh Movies distribution house. 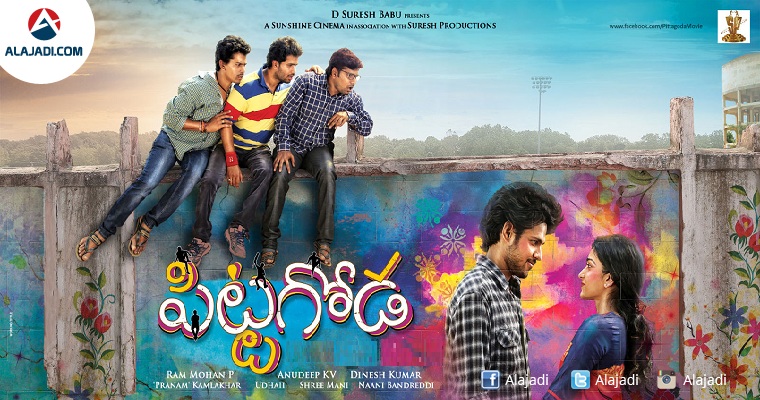 The film stars newcomer Vishwadev Rachakonda with Uyyala Jampala fame Punarnavi Bupalam in the lead roles. Another update is that Natural Star Nani has  launched the first look of Pittagoda on Friday i.e., 25th of November. The film is touted to be an entertaining story of love and friendship set in the backdrop of Godavarikhani in Telangana State. The film is directed by K. V. A

Shooting has been wrapped up already and post-Production work is in progress. Makers were planning to release the film in February 2017. After launching the first look, Nani conveyed his best wishes to the team. Music Composer Kamalakar, who gave hit albums for movies like ‘Pranam’ and ‘Vaana’, has reportedly scored catchy songs for this movie.