After the success of Premam and Sahasam Swasaga Sagipo in 2016, Naga Chaitanya is back with another movie which is directed by Debutant director Krishna RV Marimuthu. Akkineni Naga Chaitanya’s new film with Lavanya Tripathi as heroine to be jointly bankrolled by Sai Korrapati and D Suresh Babu is officially launched today in the presence chief guests SS Rajamouli, Keeravani, Vijayendra Prasad, Srikanth, Gunnam Gangaraju, Devineni Prasad and Avasarala Srinivas. 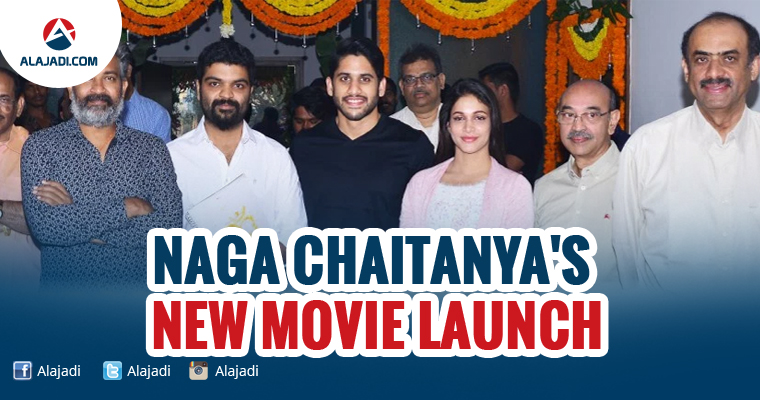 Even before the shooting of his ongoing film being directed by Kalyan Krishna Kurasala is completed, Chaitu has begun working on his up next film. Post the happy engagement and memories thereof with life partner Samanta, this is the first project undertaken by Naga Chaitanya and that too with a prestigious team of Suresh Productions makes it worth a take. To all our known information, Lavanya Tripathi also romanced Nagarjuna in super hit Soggade Chinni Nayana. As Chaitu sprung back to work, it’s time we are hoping to see Samanta also join a Telugu film shooting very soon.