Producer Ram Mohan is back to his best again. After quality films like Astha Chemma, Golconda High School and Uyyala Jampala, He delivers a rib-tickling entertainer Pittagoda. First Look Teaser of Pittagoda was launched by Hero Nani. Our Natural Star has even given voice over for the movie. The way Telangana Household Survey is being used to introduce the male characters is highly entertaining. 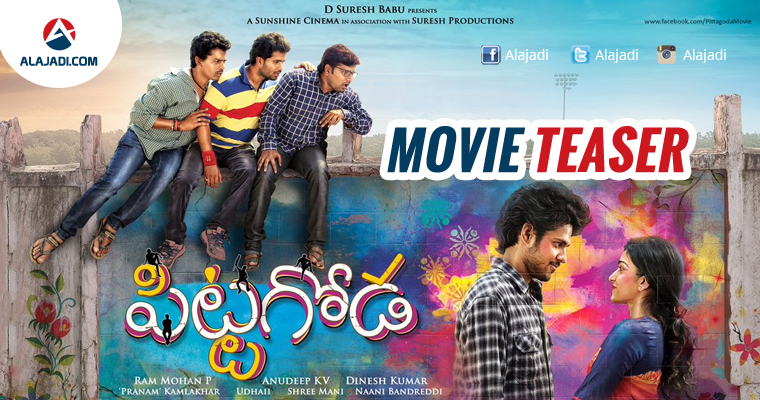 The conversation between the Lead Pair is just hilarious. Uyyala Jampala fame Punarnavi is being promoted as female lead with this movie. Casting looked more than perfect and the narration is refreshing. Music Director Kamalakar’s composition is perfect. Director Anudeep KV deserves a special mention. He could be the next big thing in Tollywood. After Pelli Choopulu, This is one film Youth will be eagerly waiting to watch.

After launching the first look, Nani conveyed his best wishes to the entire team for the success of the movie.  The major highlights of the teaser is Nani’s voice and its  background music.  The movie is directed by Anudeep and produced by Ram Mohan who has delivered few low budget commercial movies like Astha Chemma and Uyyala Jampala etc.   Senior producer D Suresh Babu is presenting this upcoming drama. It is set to hit the theatres  in February 2017.

The teaser starts off with Nani narrating about the people in Godavarikhani of Telangana. We are then introduced to the four youngsters who are the only ones left behind in their developing village. Justifying the title ‘Pitta Goda’, the four friends often sit on a wall to engage in aimless conversations.