Sailesh Bolisetty, a three-time National Championship winner in car racing, is an actor by chance. Hailing from Vishakhapatnam, the actor made his debut with Mukunda in 2014, playing a supporting role to Varun Tej. He will now be seen playing the lead in Chal Chal Gurram, that released today. This film directed by debutante Mohana Prasad. 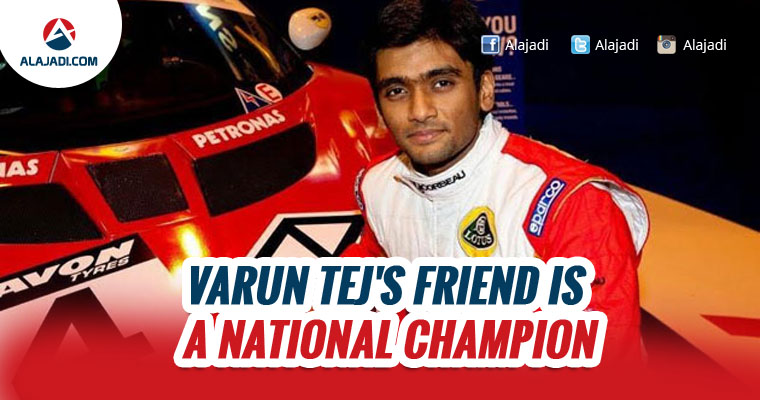 Actually, Sailesh Bolisetty became an actor accidentally. After winning the National Championship, He gave interviews to several Sports Channels. That’s when he was criticized for the way he spoke and hence joined Satyanand School only to master  the art of facing camera confidently. At the same time, director Srikanth Addala met Satyanand for his film Mukunda, and Sailesh’s name was suggested. “I wasn’t interested in acting, but they pushed me to do the film. I realised that many people don’t get a chance to act, but I got one,” says Sailesh.

Sailesh admits that he always had a passion for cars. However, it was after he completed his engineering from Andhra University that the idea to become a racer struck him. Recalling his journey, Sailesh says, “I went to Chennai to enquirer about Narain Karthikeyan and found another former champion Radha Selvarajan. He trained me for a few days and then I started racing.”

Sailesh won both the 2010 and 2011 National Championships. He is the only Indian to have won a GT championship in UK. Sailesh’s father, Satyanarayana Bolisetty, is a well-known Congress politician from Vizag. His goal is to participate in the USA Racing Championship. “Racing has not become that popular in India as it’s an expensive sport. I spend a lot on it and also have a sponsor from Vizag.” Sailesh reveals that Aditya Akkineni, nephew of Nagarjuna, is a good friend of his and is also training along with him.