Popular actor and TDP Lok Sabha member Maganti Murali Mohan’s name has been recommended for the Padma award by the AP government. The TDP’s MP, cinema actor and producer Murali Mohan has reportedly made huge money with his real estate business. He maybe honoured with Padma Bhushan with the blessings of PM Narendra Modi as the later always come to the rescue or favour to the TDP when there is a need. Meanwhile, some ‘C’ factors are also said to be responsible for Murali Mohan’s nomination for Padma award. 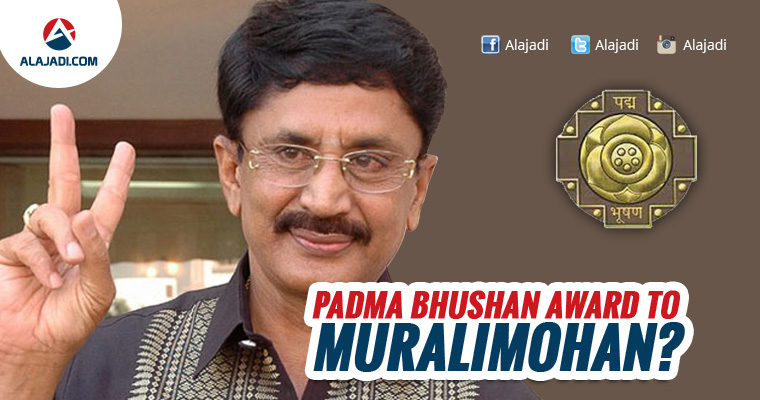 On the other hand, ENT specialist Dr. Vishnu Swaroop Reddy and Ramanaiah, whose name is associated with handlooms industry have been nominated for padma Sri awards. Union Government will announce Padma Awards on the Republic Day. Hopefully, Most of the names recommended by State Government gets the approval of Centre.