After failing to win a medal at the junior world championships in France, Deepak Punia made amends by clinching gold in the cadet wrestling championship. The 17-year-old became the first Indian to have won a world title in the heavyweight category at this level. Deepak beat Nail Seyyar of Turkey in the final of the 85kg category. 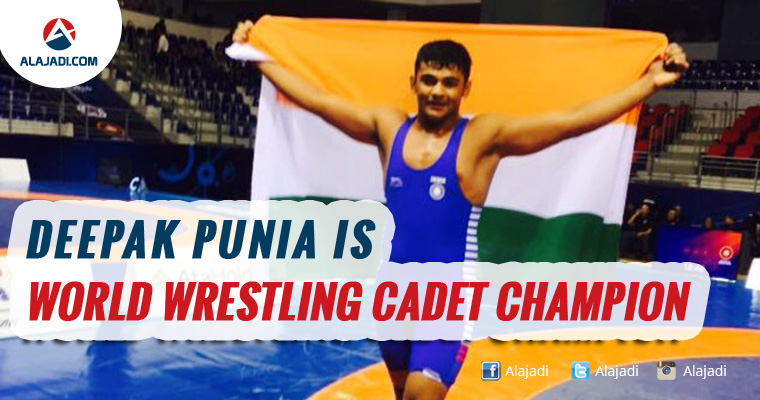 Punia broke open the match knotted 4-4 after two minutes with a pair of step-out points and a throw-by to takedown on his way to a 9-5 victory over the 2015 world bronze medalist at Tbilisi Sports Palace. He was the fifth wrestler from a different country to win a gold medal Saturday evening, adds the cadet world crown to the Asian junior title he won in May. Punia  is one of the few young wrestlers who is been coached by Dronacharya Awardee Satpal Singh’s. He is now aiming for the 2020 Olympics. Since the age of 7 he has been winning medals and of course is still in the early phase of his career. May more wins come his way and who knows, may be a medal at Tokyo 2020?