Om Puri passes away after a massive heart attack

Om Puri, one of the most versatile and celebrated actors in India, has died at 66. The Padma Shri-winning actor died of a heart attack at his home in Mumbai. The veteran actor starred in several award-winning Indian movies and also featured in crossover ventures. Puri was awarded an honorary OBE for his contribution to the British film industry in 2004. Om Puri rose to fame with films like Ardh Satya, Aakrosh and Paar. His popularity later extended to mainstream cinema, with iconic roles in films like Jaane Bhi DoYaaron and Maachis. 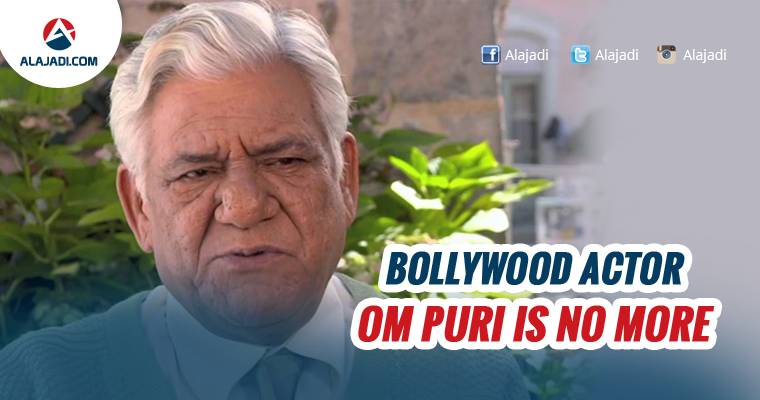 Born in Ambala, Haryana, to a Railway officer, Om Puri studied at the Film and Television Institute of India in Pune. He was also an alumnus of the 1973 class of the National School of Drama, where Naseeruddin Shah was a fellow student. He made his film debut in the 1976 Marathi film Ghashiram Kotwal, based on a Marathi play of the same name by Vijay Tendulkar.

Om Puri’s body is at his residence in Andheri and his old friends and colleagues from Bollywood have arrived to pay their last respects. Confirming the news, many of actor’s friends and Bollywood personalities have been posting tweets sharing their condolences messages. Sad & shocked to know that versatile actor Om Puri jee has expired due to heart attack early morning today. #RIP. Even Prime Minister Narendra Modi tweeted his condolences. Among those who expressed grief are Anupam Kher – his co-star of many films – Karan Johar, Madhur Bhandarkar and Sujit Sarkar.