How Much RBI Pays to Print New Notes?

With the historical demonetization move, the RBI took up the monumental task of replacing the around Rs 20 lakh Cr in old Rs 1000 and 500 currency notes in circulation with the new Rs 2000 and Rs 500 notes. Given that printing each new note costs significant amount, the RBI has reportedly incurred a loss of over Rs 12,000 Cr for printing the new notes. Bhartiya Reserve Bank Note Mudran Private Limited (BRBNMPL) is printing each new Rs 500 note at the old cost of Rs 3.09, while the cost of Rs 2,000 currency note is Rs 3.54. 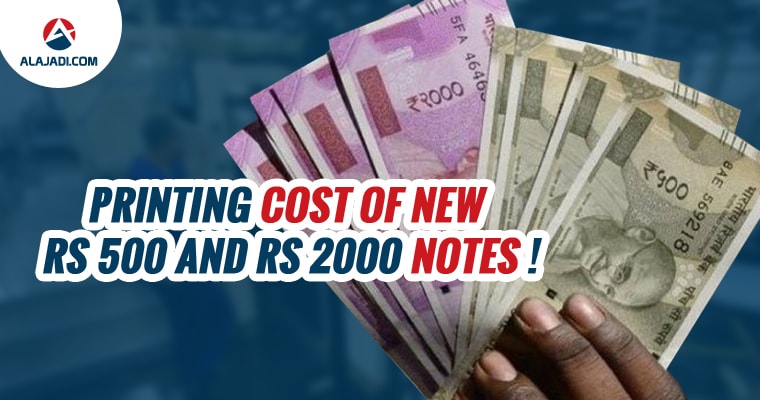 But this figure may vary for other mints across the country. According to RBI data, the cost of printing banknotes is as follows

The new rupee notes are being printed at four mints. Together, they can print about three billion notes per month. The mints have to replace about Rs 14 trillion taken out of circulation roughly equal to the gross domestic product of Portugal. If half that value is printed in Rs 500 rupee notes and the other half is printed in Rs 2,000 rupee notes, the mints will have to print around 17.5 billion total notes to replace the value of the notes taken out of circulation.

But calculations reveal replacing all the notes will take several months and such an exercise will also be a costly affair. Both the old Rs 500 and Rs 1,000 currency notes were demonetized by the government on November 8. After the demonetization, over Rs 15 lakh Cr was withdrawn from the country but even after one and a half month, the government and the RBI has managed to replace only less than Rs. 6 lakh Cr in the new currency.