After demonetizing Rs 500 and Rs 1,000 notes, the government is considering depositing Rs 10,000 in the Jan Dhan accounts, particularly those with zero balance. Is it true ? Many people having doubt regarding this. Approximately, there are nearly 25 crore Jan Dhan accounts in the country, of which nearly 5.8 crore are zero-balance accounts. The move is expected to cost the government nearly Rs 58,000 crore. 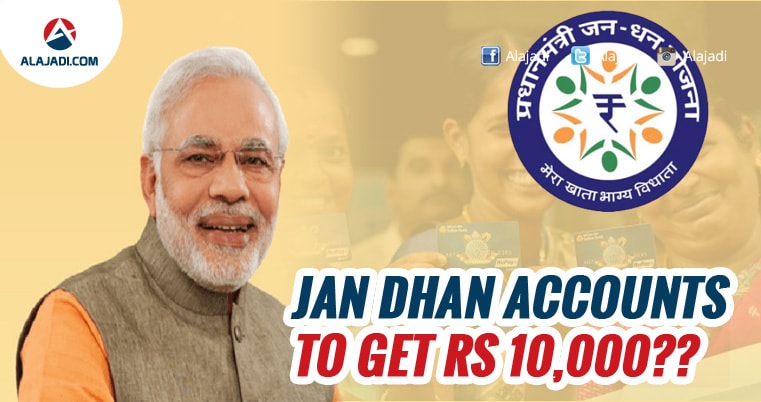 The government said that putting Rs 10,000 in nil Jan Dhan Yojana Account will be favorable for poor people in India and it may also be turned out to a sensation for the BJP Government. This move would be carried out before the crucial elections in UP, Punjab, and Goa. Depositing Rs 10,000 in every zero balance Jan Dhan account will not only be beneficial for India’s poor.

Pradhan Mantri Jan Dhan Yojana is one of the most ambitious schemes of PM Modi. The idea was to open a zero balance account for all the people. The main purpose of this scheme was to bring poor unbanked under the net of formal banking. It’s mostly artisans, workers, labourers, factory workers, housewives,  poor and people living below poverty lines who are targeted under the scheme. Under the scheme every households will have at least a basic banking account with a RuPay debit card.

If this is taken, could be a game-changer and impact Assembly elections expected to be held by April next year. It may be noted that the main agenda of the Modi government at the moment is empowerment of the poor.