Raja Meeru Keka the latest production of RK Studios, of Guntur Talkies fame has hit the internet and is all set for release. Starring Noel Sean, Hemanth, and Revanth this film is touted to be a crime comedy. Also starring Anchor Lasya, this movie’s audio is yet to be released. The makers are planning on releasing the film later this month and the cast and crew is keen on the outcome. 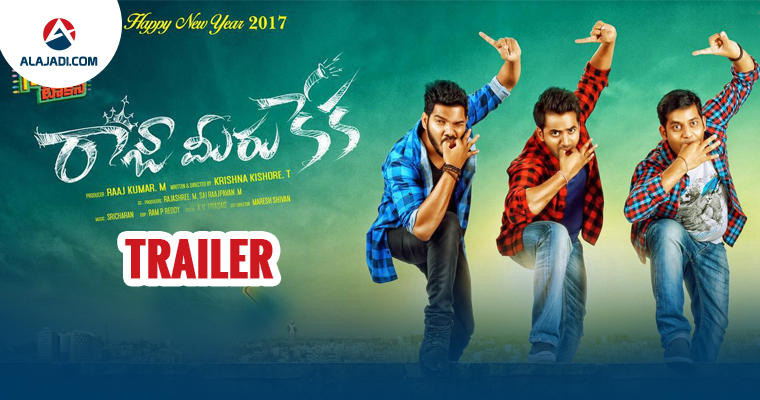 The Music of the movie is composed by Sri Charan. The makers have launched the trailer for the film on February 03rd and going by trailer; it has some traces of Krishna Vamshi’s Danger. A group of friends who get into troubles and how they came out of it successfully. Daggubati Suresh Babu launched the theatrical trailer of the film. The makers are planning to release the movie next month. The post-production works are in progress now.

This is the first film of Lasya to work as the actress and this is very special information for all the fans of her. M Raj Kumar who earlier produced the Guntur Talkies movie is now taken another turn for producing Lasya’s first Telugu movie Raju Meeru Keka. After raja Cheyyi Vesthe, Tarak Ratna look is promising some serious role in this film. The makers are planning to release the movie next month.