Hebah Patel Starring Nanna Nenu Na Boyfriends theatrical trailer has been released on December 03rd 2016. Rao Ramesh, Noel Sean, Tejaswi Madiwada and Ashwin Babu are playing the other lead roles in this film. Lucky Media is producing this picture which is directed by Bhaskar Bandi. This movie will be released under the banner of Sri Venkateshwara Banners. The movie will be released on December 16. 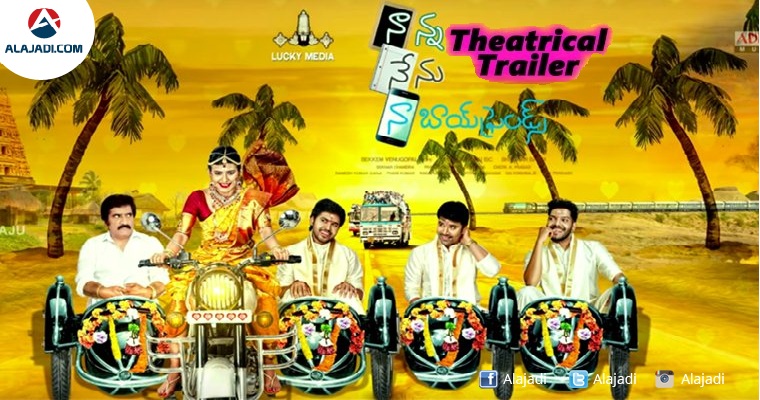 The trailer of ‘Nanna Nenu Naa Boyfriends’, directed by Bhaskar Bandi and presented by Dil Raju, doesn’t give out much.  For one, we know that Hebah is playing a naughty girl who is out to experiment with three guys and her poor dad, played by the talented Rao Ramesh. The girl has cherry-picked three guys who can give one another a run for their money before winning her over.  The clueless ‘nanna’ is to be made a scapegoat.  B Sai Krisna’s story and Prasanna Kumar Bezawada’s screenplay and dialogues, one hopes, will be a whiff of fresh air.

Produced by Bekkem Venugopal, it has music by Sekhar Chandra and cinematography by Chota K Naidu.  Art direction is by Vithal Kosanam.  Editing is by Chota K Prasad. Lyrics are by Chandrabose, Bhaskar Batla, Varikuppala Yadagiri, Kasarla Shyam.  Choreography is by Vijay Prakash and stunts are by Venkat.