Baahubali: The Conclusion is going to hit the screens in another 18 days.  We can understand the confidence of the Rajamouli & his team on their film.. and the curiosity of the audience as they have started the count down 100 days before the release. Ahead of its release, an interesting update has been doing rounds in the industry that Prabhas will be seen in three roles in this film. Yes, what you read is right! 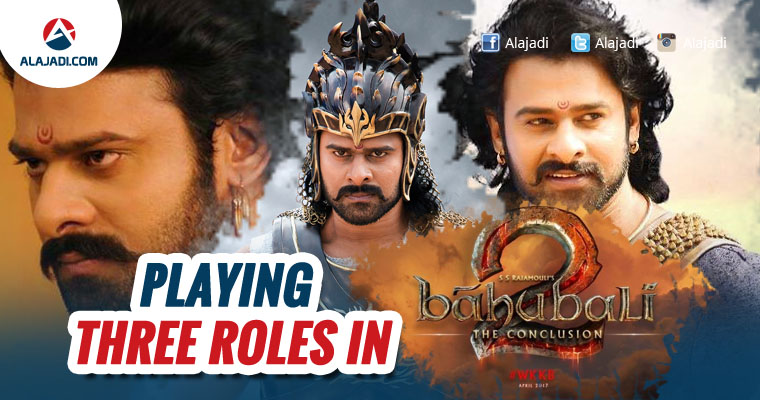 The film features Rana Daggubati, Anushka Shetty, Ramya Krishnan and Tamannaah Bhatia in the lead roles. Arka Media Works is bankrolling the project and M.M. Keeravani is composing the tunes. Baahubali writer Vijayendra Prasad gave a hint about this character in one of his earlier interviews also.