Baahubali 2 – The Conclusion Trailer Is out Now 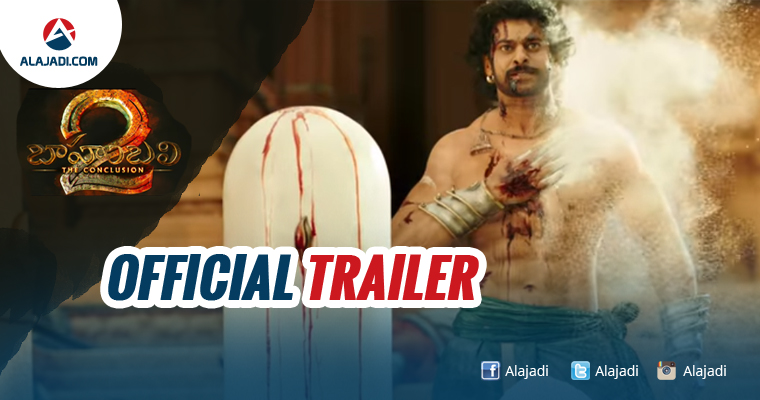 The two-minute twenty four-second trailer is visually mind-blowing, emotionally tugging at heartstrings and  gives goosebumps. The action episodes are going to be bigger than the first part. Especially, the face-offs between Prabhas and Rana Daggubati are among the most-demanded and watch out for in the film.

Anushka Shetty looks easy on eyes as well as Veera Vanitha. When it’s needed, she single-handedly takes on rivals with sword. Love scenes between Devasena (Anushka) and Amarendra Baahubali (Prabhas) are eye-candy. Anushka looks glamourous. The second part of the epic tracks their love story.  Bhallaladeva (Rana Daggubati) is at it again. He looks like a beast. The war scenes of Amarendra Baahubali and Bhallaladeva take center stage.

Amarendra Baahubali dialogue  to Kattappa : “‘Nuvvu Naa Pakkana Unantha Varaku Nannu Champe Magaadu Puttaledhu Mama’. This stands out in the film. And most importantly, the second part is going to answer the most-popular and most-pertinent question ‘Why Did Kattappa Kill Baahubali?’