Sumanth is back with his new film titled Naruda Donaruda after a streak failures from past. After three back to back failures, he returned to cinema after a gap of two years from his last outing. This time, he appears to be confident with the product. This is an official remake of Bollywood hit movie Vicky Donor starring Ayushman Khurana and Yami Gautham. It is a classic romantic comedy about sperm donation. In  Telugu version has Sumanth and Pallavi Subash in the leads. Mallik Ram is the new comer who made his directional debut with the film. Sumanth turned producer for this film. 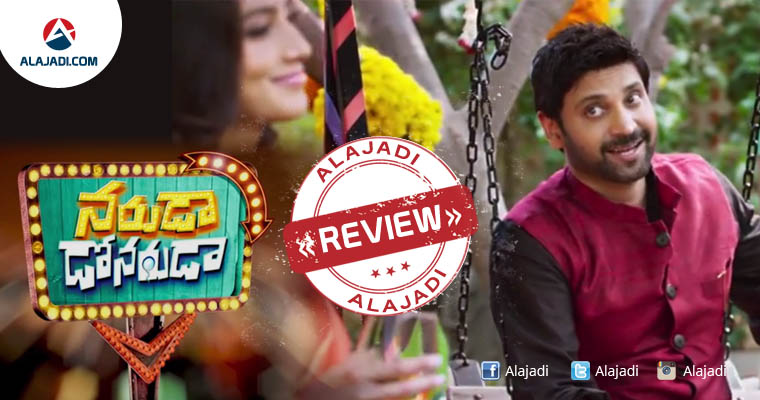 Dr. Anjaneyulu (Tanikella Bharanai) is a doctor and looking for sperm donor. Finally he finds out Vicky (Sumanth) is the right person to donate sperm and he convince him for that. Vicky also interested to donate the sperm and Dr. Anjaneyulu offering some money for that. Later Vicky gets married with Aashima Roy (Pallavi Subash) their life is going on. One day she knows Vicky is a sperm donor and he is ready to donate the sperm in hospital. She reacts very violently and she not interested do that kind of act. What happen next? Did Vicky convinced her or not? Did Vicky donated sperm or not? are the rest of the story.

The silver lining in the film is how this issue has been conveyed t  audience in a simple manner. The film has entertainment coupled with a good message  how sperm donation can bring joy into the lives of childless couple. The film could had been better. Camera often gets shaky especially in first half- causing irritation to viewers. Music is passable given that the original had foot tapping tunes. Naga Chaitanya’s cameo towards the end is surprise and is just awesome.

Sumanth: He has done justice to his role.

Pallavi Subhash: She is just okay in this movie.

Tanikella Bharani too lives up to his role. The film’s cast and their performances stand out.

There is not much story elements in the film to discuss but the plot line and original idea was fantastic. The screenplay designed by the makers consists some loopholes and ups and downs. The dialogues written by Kittu Vissapragada are too good and they don’t spill vulgarity. Compositions by Sri Charan Pakala are good. But only a couple of songs are good to hum. The background score is nice. The camera work is fine. The Cinematography by Shaneil Deo is appreciable. Editing by Karthikeya Srinivas is a big minus. The cuts are improper. The pace of the film also goes up and down. Production values are grand.