Actor Sumanth was last seen in a remake of Hindi film as ‘Vicky Donor’. The movie received critical acclaim though has not performed well at the box-office. Now, the Akkineni hero is back to offer yet another romantic entertainer, which was helmed by Gautham Thinnanoori, who is making his Tollywood debut.  Two days ago, Sumanth took to his twitter to share the making video of the movie and also announced the teaser release date as August 3. Today the makers have released the teaser. 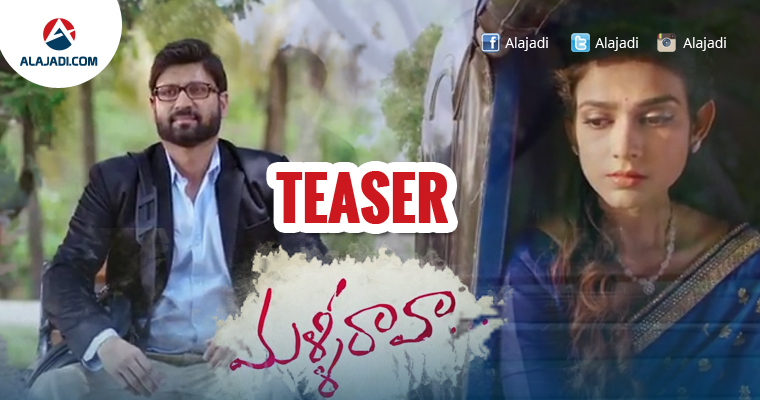 This new film of Sumanth has the debutant, Gotham Tinnamuri as director and serial actress, Akanksha Singh as the heroine. According to the teaser, hero meets a friend who is a girl that he met thirteen years ago and she responds coldly to him. He wonders if she did not recognise him or did not bother to remember him? The movie looks like a feel good love story and such stories have been a hit with Sumanth in  the lead.

Akkineni fans have a belief that love stories work on their heroes big time and that is a fact too. We have to see if Sumanth can also give a hit in a love story after so many years. Many actors who debuted with him have already become big heroes but he remained as a hero who needs to prove with his every movie and we need to see if he can prove his capabilities at the box office once again with this movie!