Winner is the much-awaited action movie which is high on romance and comedy quotient. Directed by Gopichand Malineni, it features Sai Dharam Tej and Rakul Preet Singh in the lead roles. The film released in theatres around the world on 24 February. It is sports drama, directed by Gopichand Malineni and jointly produced by Nallamalupu Bujji, Tagore Madhu on Sri Lakshmi Narasimha Productions & Leo Productions banner. Winner Movie Censored and it has been awarded U/A certificate without a cuts. 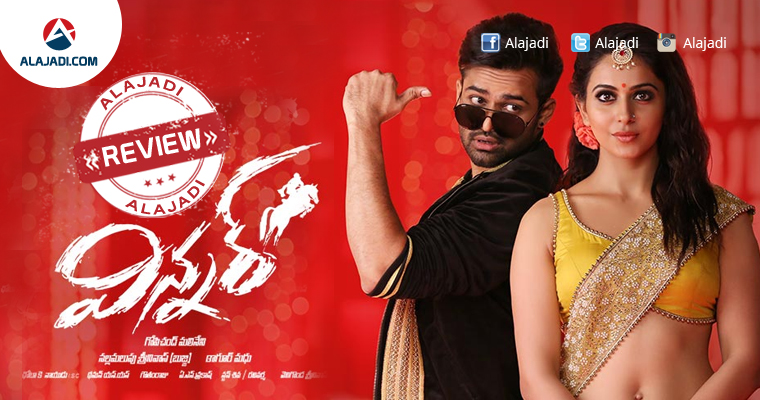 The story starts with Sai Dharam, who leads a simple life and falls in love with Rakul Preet Singh. After she enters into his life, a lot of changes happened and unexpectedly he has a fight with Jagapati Babu and Anoop Thakur and they are at logger heads always. At one point of time, Sai is being challenged by the Anoop to defeat him a horse race. The crux of the story forms, what are the situations that lead to the fights between them and what happens next? Whether he wins or not? Who is Rakul Preet Singh?

A movie which makes you get engaged throughout the film with entertainment. The comedians has done some fabulous job which makes the movie to watch till the end without getting bored. For a person who enjoys the typical commercial entertainers, there’s everything in place.

Sai Dharam Tej: He has delivered a decent performance in Winner and he impresses the viewers with his action, dance and dialogue delivery.

Rakul Preet Singh: She has done a good job and her glamour is one of the highlights of the film.

Hilarious comedy scenes to the fantastic chemistry between Sai and Rakul worked alot. Ali, Prudhvi and Vennela Kishore’s hilarious comedy is a big asset to the film. Thakur Anoop Singh, Jagapati Babu, Mukesh Rishi have done justice to their roles.

The important thing about commercial films is that despite having a run of the-mill narrative, films can still work wonders if executed well because telling a routine story is no easy task, especially if it is done with a lot of meaningful and with effective entertainment. It seems Gopichand has succeeded in crafting the film with mere perfection. The biggest asset of Supreme is that the energetic performance of the actors and the rare dull moments. S. Thaman has composed the music, Chota K. Naidu is Cinematography and Edited by Prawin Pudi.