Maanagaram is the latest Indian Tamil-language thriller film directed by Lokesh Kanagaraj and produced by S R Prabhu under his Potential Studios whose previous movie was Maya. The same film was titled as Nagaram in Telugu, and this Telugu version is also having a simultaneous release along with the film’s Tamil version. The film features Sundeep Kishan, Sri and Regina Cassandra in the lead roles, while Charle and Ramdoss play a supporting role. Sundeep Kishan has been going through a lull in his career of late. Losing no hope, he is back with a crime thriller called Nagaram. 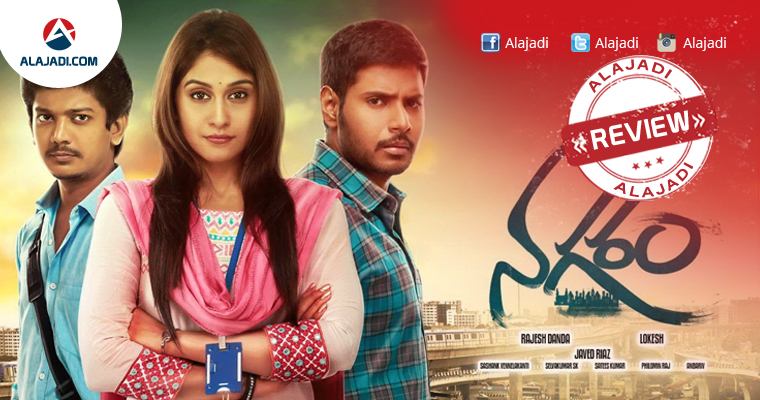 The story of the film is based on four parallel stories and how everyone including Sundeep Kishan, a reckless youth, and Regina Cassandra get engrossed in a kidnap drama involving a deadly goon’s son. Rest of the story is as to how these stories unfold during the course of time and what happens to each of them in the end.

The film Nagaram is different from the other routine films. There is a lot of good and interesting stuff that will appeal the audiences. The film Nagaram is surely going to bring some good name for Sundeep Kishan as an actor. Also, Sundeep Kishan was a perfect fit for the role he was offered in the film. The film has too many plus points and hence the few minus points will also be neglected. The gripping narration is what keeps us glued to the screens. The realistic approach to the film is another big plus point. The film falls flat at certain times but on a whole, the film is going to be impressive for sure. Nagaram has its moments which are at the right places and it is an engaging movie.

Sundeep Kishan: He has got the best role in the film, and he has given the finest performance in the movie. He is bold and vigorous and impressed the audiences.

Regina Cassandra: She is good in the film, but she does not have anything big in the movie.

Nagaram is high on technical aspects. The camerawork by Selvakumar is astounding as the crime thriller is showcased in a realistic manner. The way Chennai and its interiors have been showcased looks superb on screen. Production values are top notch and the dubbing done is adequate. Special mention should go to the sound design department who have done a marvelous job. Even the normal thrills have been elevated with a thumping background score. Coming to the director Lokesh, he has done an excellent job with his narration. Credit should go to him for combining four parallel stories into one and extracting some top-notch performances from his star cast. The interesting aspect is that Lokesh does not take cinematic liberties and explains every link and twist with utmost detail.