We have been seeing Multi-starrer films these days, but the movie which have to be appreciated is Shamanthakamani. It has taken less than 3 months of time to complete a multi starrer which has 5 lead actors in a single movie. All the 5 actors are the one who are the upcoming super stars who has good name in the tollywood industry. With a good response to the trailer and the teaser, the movie makers are expecting good amount of audience to the movie theatres. The director’s first film was so impressive that the hopes of this film went high. 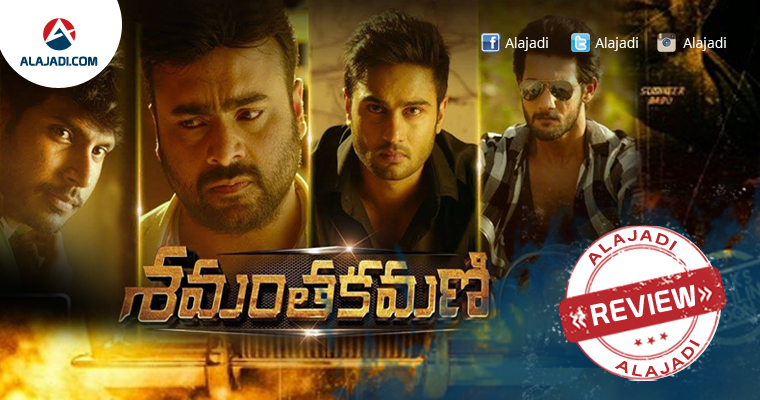 Shamanthakamani is a comedy caper, which revolves around the robbery of a vintage Rolls Royce by 4 guys one of which is a normal guy who wants money, the other guy want to steal the car to showcase his stature himself to his love and third one has different plan after he got the money. But there is a police who is thinking about stealing the car from these guys to get settled.

A fun filled action entertainer which is going to be remained as a success film in young Director’s career.The main plot of the film unravels between the four characters and the entertainment elements are said to be the major highlight. The  trailers have already created a positive impact and after a good promotional campaign, the film is all set for a decent release all over today. Neither an experiment nor any creative work , this film is pretty mediocre !

The performances of all the characters felt real as the actors portrayed them very well. Performances from Nara Rohit and Sundeep Kishan are very good when compared to others. Sudheer Babu as the rich millionaire is convincing enough. Rajendra Prasad provides few comic dialogues.

The screenplay is weak because it is told linearly and this takes out the suspense of any film. With a plot line as thin as it’s twist, Shamanthakamani falls flat. The music is composed by Mani Sharma. V.Anand Prasad bankrolls this ₹ 20Cr budget film under the banner of Bhavya Creations.  This went out the Censor board without any cuts and is rejoicing with a U certification.