Nara Rohit’s latest well known Shankara Movie has been released today. Vivacious girl Regina is acting as heroine opposite Nara Rohit in this movie. The film is directed by Thathineni Satya Prakash and produced by R.V.Chandramouli Prasad (Kinnu) under the Sri Leela Movies banner and producer K. S. Rama Rao is presenting it. Shankara movie is an official remake of the Tamil super hit film Mouna Guru(2011) which is written and directed Santha Kumar. 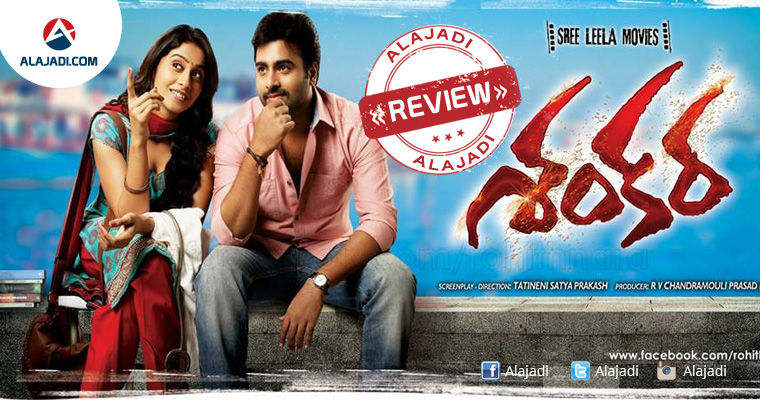 Movie Shankar Is the Telugu movie and the story of the flick is based on how college goer gets trapped in a crime and he does not like about the bad things going around in the society. Unfortunately he gets framed in the crime and later on it gets interesting to see how the boy will defame himself from that crime. To know how, watch the film with interesting story line at the end. The movie is a full-time entertainer which involves the Action sequences as well as Romance between Rohit and Regina which is very well directed by Satya Prakash.

Though it is a remake movie, it has enough elements to grasp the attention of the audience.  Other than the interesting story line and Nara Rohit’s honest performance, this film looks jaded and has nothing much to offer this weekend.

Nara Rohith: He has got strong potential but he is erring on his choice of roles and movies.

Regina Cassandra: She is just about okay in a de-glamorized role.

The camerawork is just about okay. Music and background score are not that worked in film. Production values are even not good. Coming to the director Satya Prakash, he has done just a below average job with the film. Even though he chooses an interesting story, his execution is half-hearted and that is clearly visible through his disastrous screenplay and weak scenes.