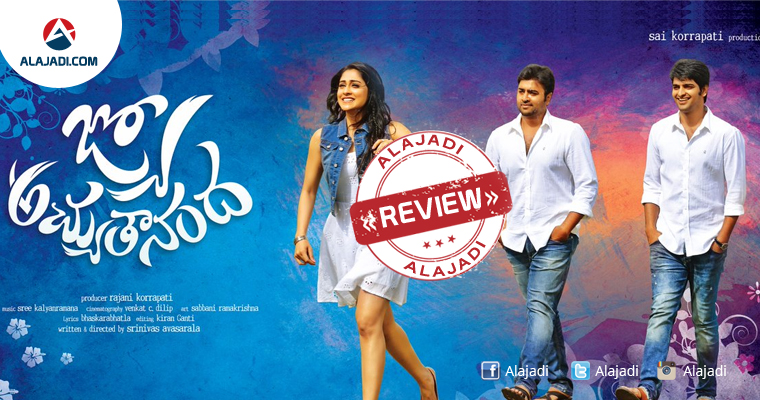 Director Srinivas Avasarala’s Telugu movie “Jyo Achyutananda,” featuring Nara Rohit, Naga Shourya and Regina Cassandra in the lead roles. As released today in theaters with good response. It is a comedy movie, which revolves around the story of two brothers and a girl. Besides direction, Srinivas Avasarala has written the story and screenplay for the movie .

Coming to the story of the film, Jyo Achyutananda is the tale of three individuals Jyotsna, Achyuta Rama Rao and Ananda Vardhana Rao. The film is a triangular love story between two Brothers and a girl. So to solve the equation, two more heroines acted in this film. The problems faced by both the brothers in the movie to impress the heroine is the story of the movie. Whose proposal does Regina accepted is the twist for this movie. This unique story line of the movie is leading many of the audience towards the film.

The title of the movie also grasped interest towards the film. the secret behind the film title is Jyo, Achyuth and Anand are the character names of Regina Cassandra, Nara Rohith and Naga Shaurya. Nani appears in an interesting role. Director Srinivas Avasaraala approached Nani to do a guest role for his movie. The film has so many interesting aspects and of those the screenplay is one interesting thing. The music is also a highlight of the film. The film is also going to make a break for the routine films.

Nara Rohith: Rohit has always gives his best. His acting was good and great performance in the movie.

Regina Cassandra:  She has got good scope in the film and she has done justice to her role.

Srinivas Avasarala is the major asset and an additional attraction. And actors have done justice to their roles as supporting cast.

Srinivas Avasarala completed Jyo Achyutananda movie with different unique concepts mesmerizing all the youth, family audience with all his creativity. The background score, picturisation and punch dialogues are the attractions on the technical front. The film is also going to make a break for the routine films. The versatality of Avasarala is seen in the film. All the lead actors have also put up their best in the film.