Chiranjeevi, ever popularly known as the Megastar, needs no introduction in particular. Apart from amassing a huge fan following, he continues to steal the hearts of many more through Meelo Evaru Koteeswarudu show on Maa TV. Chiranjeevi was anchoring the fourth season of the show, while the first three seasons were done by actor Nagarjuna. In the recent episode of the TV show, anchor Pradeep and anchor Rashmi of Jabardasth fame were the ones invited. 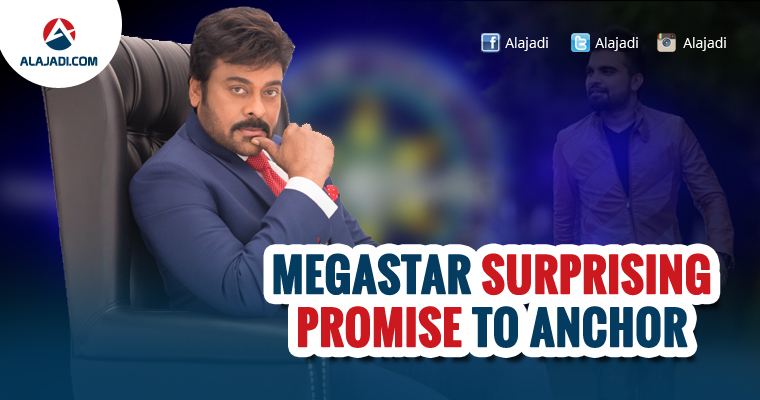 An enchanting moment about the show was a childhood instance shared by Pradeep, and Chiranjeevi giving back a surprising answer to it. When Pradeep was a child and got wedding invitations, he noticed the name of the groom would be preceded by the traditional prefix Chiranjeevi. In his childish innocence Pradeep assumed the wedding would be attended by the Megastar himself. But the little child would be disappointed when he did not see the Megastar Chiranjeevi, for the ceremony. Chiranjeevi was clever enough to make an amusing remark saying that if Pradeep, who is still single, would have the name on his wedding card, then Chiranjeevi would attend his wedding! To counter the remark, Pradeep said that his family was already on the lookout for a bride and Chiranjeevi had promised to come!

It has been a constant entertainer for the audiences watching the show and Chiranjeevi is doing his best to make the show hilarious. So watch and laugh to your heart’s content!