Bigg Boss Telugu is the next big thing on TV now as the actor Junior NTR is the show’s host. The Telugu version of the Big Boss is said to be the most expensive show in Telugu television and went on air on July 16, 2017. Jr NTR-hosted reality show Bigg Boss Telugu has registered record TRP ratings and made Star Maa No 1 Telugu TV channel in the 29th week of the year 2017. 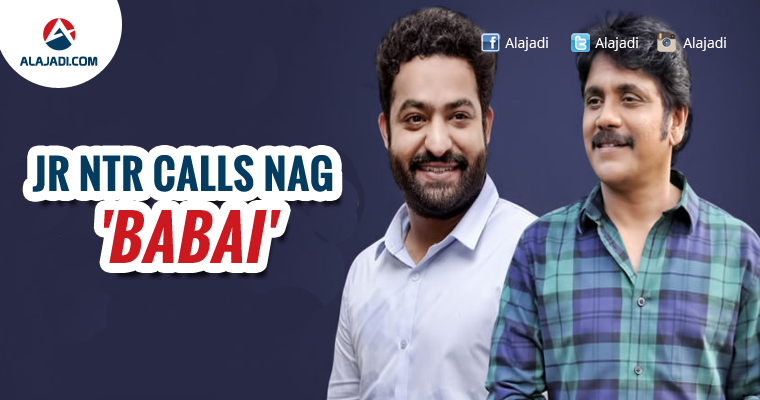 From day 1, The show received a fantastic response and everyone appreciated Jr NTR for his amazing hosting skills.  Recently, King Nagarjuna took his twitter account to shower praises on Tarak  who made his small screen debut with the popular reality show, ‘Bigg Boss.’ Nag tweeted, “Congratulations to @tarak9999 for the fantastic opening week of Big Boss/love your energy,”.

Tarak thanked Nagarjuna and praised him for being the pioneer in the television arena. Everone knows that Akkineni Nagarjuna was the first star to set foot in the TV industry and host the reality show, Meelo Evaru Koteeswarudu. It was only after Nag that Megastar Chiranjeevi, Rana Daggubati and Jr. NTR followed. NTR tweeted,  “Thanks a lot babai. It was your pioneering effort that paved the way for all of us”.  In the tweet, Jr. NTR addressing King as ‘Babai.’ This warm exchange of tweets between Nagarjuna and Jr. NTR left fans of both the stars rejoicing.

Congratulations to @tarak9999 for the fantastic opening week of Big Boss/love your energy!!??

Thanks a lot babai. It was your pioneering effort that paved the way for all of us

This is not first time that Tarak addressed Nag as Babai. Earlier,  At the Meelo Evaru Koteeswarudu show too he was seen calling Nag babai. Nag too calls NTR’s dad Annnayya and that makes the bonding even closer than we can think.