After enthralling Telugu film lovers with his comeback film Khaidi No.150, Megastar Chiranjeevi is currently getting ready to start his next project, a biopic on freedom fighter Uyyalavada Narasimha Reddy. An interesting development about this project is currently making rounds in film circles.Pre-production is going on in full swing for this film.  There is an interesting update doing rounds in the film circles regarding the main female lead.  Bollywood heroine Aishwarya Rai has been reportedly approached for the heroine role in the film. 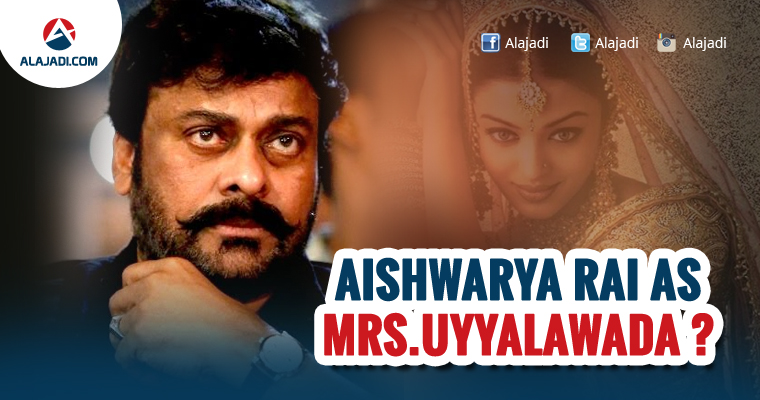 The team of Uyyalavada Narasimha Reddy, have approached the actress and explained to her, the special character they want her to perform for the movie. Well, the actress did not confirm her involvement yet, but she expressed het interest for further negotiations as per the sources.  Evergreen beauty Aishwarya Rai Bachchan has reportedly been approached to romance Megastar in this film. If she gives her nod, this will be her first heroine role in a direct Telugu film. The only other direct Telugu film she was part of earlier was Nagarjuna Akkineni’s ‘Ravoyi Chandamama’ (1999), she did a special song in that film.

After giving birth to a baby girl, who made a comeback to films with Jazbaa, has been choosing her roles carefully. She was last seen in a temperature-raising avatar in Karan Johar’s ‘Ae Dil Hai Mushkil’. If makers of Uyyalavada can offer a meaty role, the beauty queen may bless Telugu audiences with her charisma and alluring screen presence.