Jackie Chan and Disha Patani come together to reboot 2005 movie The Myth starring Jackie Chan along with the director Stanley Tong. This time they roped three Indian actors Disha Patani, Amyra Dastur and Sonu Sood into the film. It was released a week ahead in China and now in India on February 3rd. 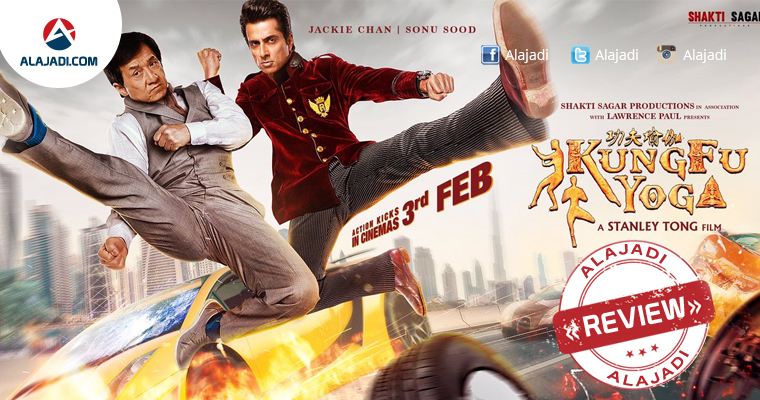 Jackie Chan plays a world-renowned archaeology professor, and his team are on a grand quest to locate a lost ancient Indian treasure when they are ambushed by a team of mercenaries and left for dead. He has been approached by an Indian history professor Ashmita (Disha Patani) to help recover a magical gemstone that was lost when the Indian envoy was buried under the avalanche. Using his vast knowledge of history and kung fu, Jack leads his team on a race around the world to beat the mercenaries to the treasure and save an ancient culture. This is where Sonu Sood also comes in as the treasure hungry prince named Randall.

Director Stanley Tong unloads a ton of information on you in the first ten minutes, leaving you half-confused and already half-disinterested. We also see a glimpse of the old Jackie Chan in a hair-raising car chase complete with a lion. Impressive by Jackie Chan’s performance but not a well judged movie for many Indian movie goers.  But the best part is Jackie Chan’s action which everyone can watch.

Jackie Chan: He keeps the ball rolling with an assortment of neat acrobatic tricks and martial arts sparring, but his days of life-risking physical exertion is over.

Disha Patani and Amyra Dastur: They justify there roles in the movie.

The side characters mostly save the day. Aarif Rahman who plays Jones Lee and Yixing Zhang who plays Xiaoguang, even Amyra Dastur’s Kyra, make the film a bit more tolerable.

Kung Fu Yoga is an action-adventure comedy film written and directed by Stanley Tong. The film is a Chinese-Indian co-production of Taihe Entertainment (China) and Shinework Pictures. Featuring original music composed by Nathan Wang and additional music composed by Komail and Shivaan. Stunt and action choreography by Tong, Chan, and Wu Gang involve predatory animals and cobras in scenes that are sometimes thrilling, other times moronic.