The upcoming movie featuring Tamannah in the main lead role is Abhinetri which is also featuring Prabhu Deva as one of the lead after a long gap, Sonu Sood and Amy Jackson in other lead roles. The movie which is touted to be a women centric horror thriller is being directed by Vijay. The movie is made in Tamil, Hindi and Telugu as well. 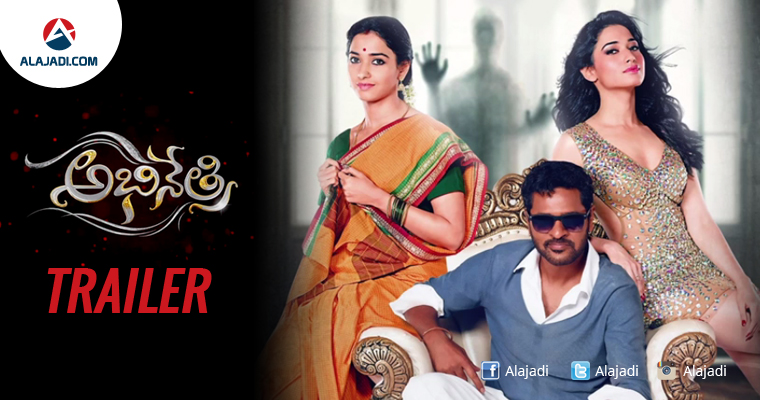 Now the makers had released the Telugu theatrical trailer on September 11, 2016 and the trailer is receiving good reviews. It was viewed by 1,52,700 + members on youtube. You can also watch the trailer below. The music for the movie had been composed by Sajid Wajid and the audio launch of the movie would be organized soon.

The two-minute trailer reveals that in the film, Prabhudeva plays a choreographer who gets married to Tamannaah, a village belle, and brings her to Mumbai. Tamannaah plays Devi, who gets possessed by Ruby, an aspiring actress who passes away before her dream gets fulfilled. It is evident from the trailer that in the movie Ruby uses Devi to fulfil her desire to be a heroine.