Actor Kiara Advani, who was last seen in MS Dhoni: The Untold Story, might make her Telugu debut in Allu Arjun’s next film, to be directed by Vamsi. Having already worked with most of the leading southern heroines, the makers decided they’d cast a new face opposite Arjun, and hence, have zeroed in on Kiara. Although nothing has been finalised yet, talks have been initiated with the young actor. 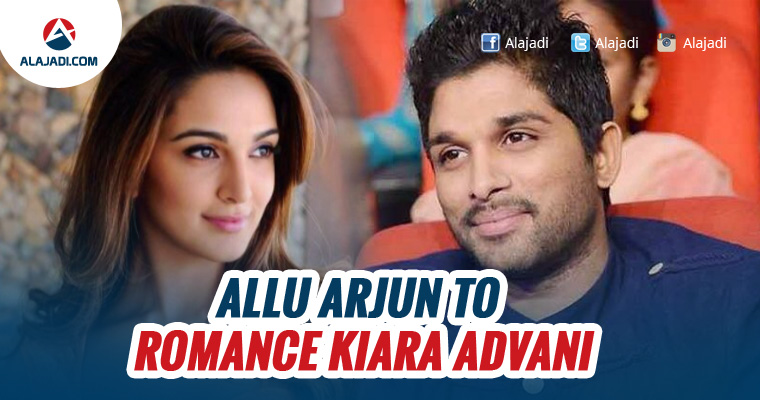 Vamsi, according to sources, had originally planned to make this film with Jr NTR, and it was pitched to him while working on Temper. Vamsi had penned the story of Temper, and impressed with his work, NTR asked him to work on a fresh script. Unfortunately, the duo never got to work together and after months of waiting, Vamsi pitched the same story to Arjun, and he instantly liked it and even agreed to do it.

Now, the latest buzz is that the makers have roped in Kiara Advani as the female lead opposite Allu Arjun and if things wouldn’t fall in place, there are chances for Disha Patani likely to grab the opportunity. Both the ladies have already mesmerized the audience with their gorgeous looks in the biopic “MS Dhoni: The Untold Story.” However, an official confirmation is yet to be made. The film is likely to go on to the floors from April 8th this year and will be releasing for Sankranthi 2018.