Allu Arjun delivered his best grosser Sarrainodu last year where he plays a military guy. It seems the actor liked the role, and in his next with director Vakkantham Vamsi, he will be seen associating with the military again. The film revolves around a big episode of war. Allu Arjun is known for experimenting with characters and get-ups. It is so amazing to see the way he molds himself in the character. He is rightly called the Stylish Star, as we all know how unique he is, when it comes to dressing and appearance. 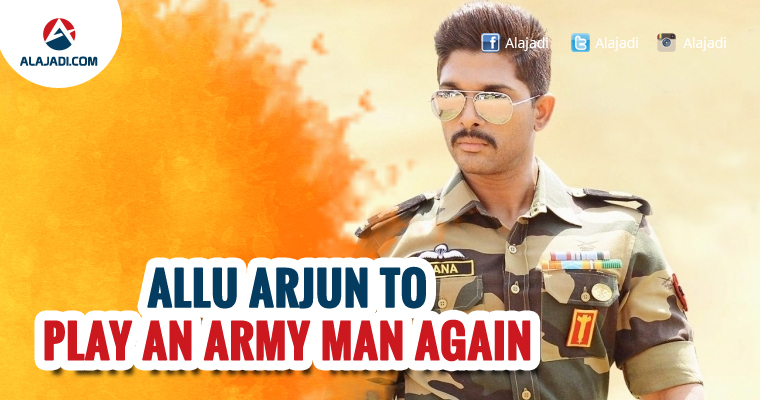 If someone asks about the next film of Stylish Star Allu Arjun.. the immediate answer would be DJ-Duvvada Jagannadham. But Allu Arjun is already in preparations for the next film after DJ. Pre-production is going on in full swing for this film titlted Naa Peru Surya-Naa Illu India. Let us see why Allu Arjun is involved in war with Pakistan.. Shooting of the film starts from June and the makers are aiming for a Sankranti release. Lagadapati Sridhar is producing this film for which they are considering Kiara Advani and Disha Patani to play the female leads.

Recently his younger brother Allu Sirish made his Malayalam Debut and in that film, Sirish was seen in a soldier get up. Looks like the elder brother is also following the trend! Another interesting part about this film is that a lot of senior and super talented technicians are roped into work for the project. Rajeev Ravi is the cinematographer and Vishal-Shekar will be composing the tunes. The female lead is yet to be decided.