Telangana govt sets up IT incubation centre in Khammam

The unemployed youth of Khammam district are elated with The State government’s decision to set up an IT hub in the district and decided to establish an IT incubation centre.  An IT tower is being planned at a cost of Rs 12.5 crore across an area of 25,000 sft. Since the government is committed to encourage IT and IT-based industries in several B grade towns across the State, IT Minister K T Rama Rao assured of all help and encouragement to such units and already taking steps in this direction so as to provide jobs to rural youth in their own district centers. 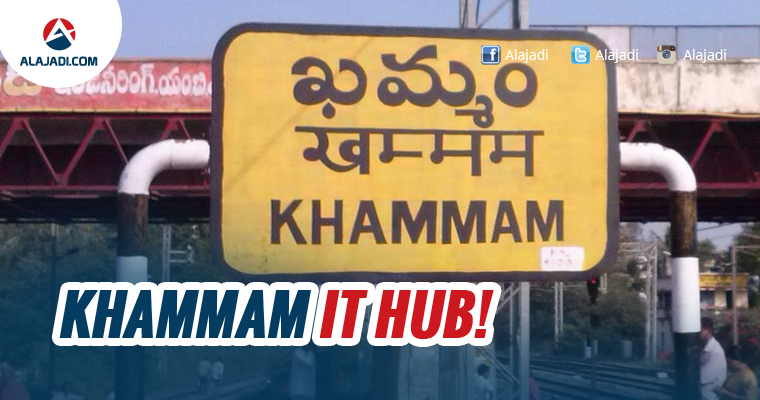 During his district visit in November last year, KTR discussed with local MLA Puvvada Ajay about the venue for the IT hub. The Minister responded favourably to the MLA’s appeal to set up IT industries in Khammam. As part of his assurance, measures were being taken, much to the pleasure of local unemployed youth. KTR explained to Ajay that foreign companies have to give letter of intent (LI) to set up an IT center in the town. He offered to consider the LIs if such companies approach for permission to set up firms in the town, to which NRls from Khammam district responded positively.

Technogen CEO L Chevuri and other NRIs, who held discussions with KTR along with MLA Ajay, have submitted LIs to the IT department for setting up 15 IT companies so far.This paved way for the IT hub to get a clear shape, pleasing students pursuing IT-based studies in Khammam, Bhadradri and Kothagudem districts. 1,500 to 2,000 jobs would be created in the first phase of the IT hub.

The District Collector has already 2.1 acre of land near Illendu crossroads within Two Town police limits. BPOs of several prominent IT companies were invited to have tie-ups with local IT firms. Local BPOs can give information on job requirements here to foreign firms and convey the same to local residents, even if foreign companies are not located here with BPOs can act as their representatives.

Along with IT companies, BPOs are also likely to be shifted to Khammam in the second phase as Khammam is found to be suitable in all respects because of its proximity to  both Andhra Pradesh and Chhattisgarh. Keeping this in view, KTR has been persuaded to approve the IT hub as also for providing job opportunities to local IT candidates, MLA Ajay told The Hans India. Since it was planned to organise the foundation laying ceremony by Chief Minister Chandrashekar Rao during his next visit, the works are going on at a fast pace.Chevuri told THI that the efforts to set up IT companies in Khammam are being implemented with MLA Ajay’s cooperation. Already 15 companies have submitted their LIs to the IT department to set up industries here. Soon some more companies will join the line, he said.