Author: Sarika G
The Telangana state government is actively considering a proposal to allow five shows in theaters every day against four now. The government is planning to relax the norm for films with a duration of less than three hours and allow theaters to exhibit five shows. If the proposal goes through, the theaters would start screening the morning show at 10 am, against 11 am or 11.30 am now. The five shows from 10 am, 1 pm, 4 pm, 7 pm and 10 pm and theaters have to close by 12.30 midnight in single screen theaters. 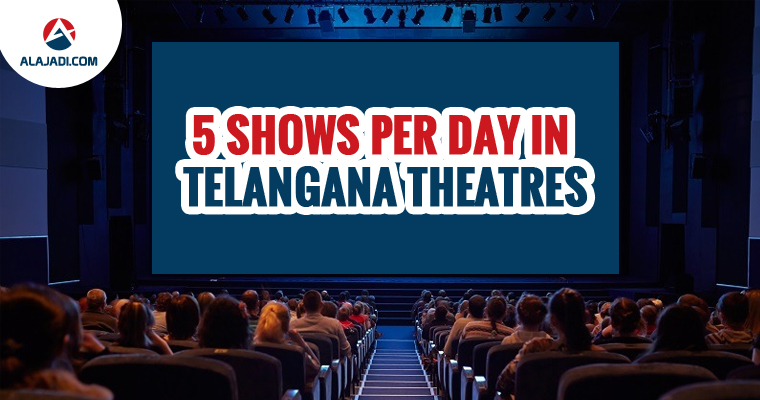 Till date, Only Four Shows per Day were permitted at the Single Screens. People dependent on Low-Budget Films kept complaining about the lack of theaters as Star-Studded Project occupy majority of the screens. Permitting screening of 5th Show would came as a huge relief for the Makers of Small/Medium Scale Projects. The committee has also recommended that the government allow setting up of 3,000-plus mini theatres in mandal headquarters with a seating capacity of 200 to 250.