Telangana Awarded as The Most Promising State of the Year

The beginning state Telangana has been selected as ‘The Most Promising State of the Year’ by the CNBC -TV 18 channel as part of its annual India Business Leader Awards (IBLA) for the year 2016. Telangana IT Minister KT Rama Rao had received the award on behalf of the state government from Union Finance Minister Arun Jaitley in New Delhi on Tuesday evening. 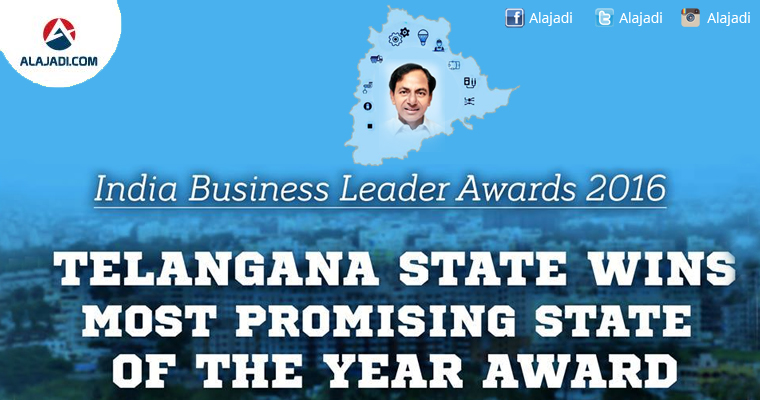 The channel said the award has been conferred on the youngest state of the country Telangana, which was carved out of united Andhra Pradesh state on June 2 in 2014, as it has clearly met and pass each of the criteria and demonstrated the outstanding qualities that the jury seeks in the recipient of this award.

Exressing his happiness on receiving the award, IT Minister Rama Rao said the award was a recognition for the commitment and dedication of his government towards the development of the Telangana with the innovative policies in IT, Agriculture, Irrigation, Welfare and Industrial sectors.

He also release his confidence that state would emerge as the number one in the country in terms of development. The award is a symbolic encouragement for the people-friendly ruling under the stewardship of Chief Minister K Chandrasekhar Rao, he added.