A popular restaurant in Hyderabad has been ordered by the District Consumer Forum to pay a compensation of Rs 5000 and provide a refund to a customer for levying service charge. This comes a year after anti-corruption activist Vijay Gopal filed a complaint against Hyderabad restaurant Ohri’s 100 Degrees in Hi-tech city for levying 10% extra as service charge. Last year, when I went to Ohris 100, I asked the manager about the service charge, they confidently said it is legal and mandatory. I filed a case with Madhapur Police station under section 420 (cheating) and 418 (cheating with knowledge that wrongful loss may ensue to person) of the IPC, says Vijay. 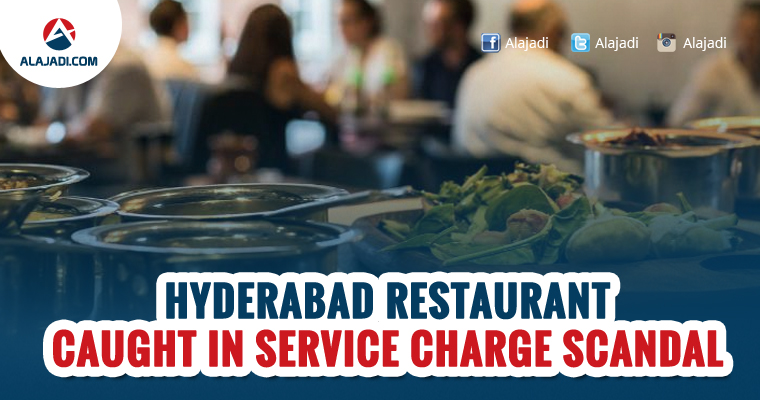 The District Consumer Dispute Redressal Forum directed the restaurant to refund Rs 213, which was paid as service charge, along with a compensation of Rs 5000. The consumer forum has also asked the restaurant to pay Rs 1000 towards the cost of filing the complaint.

When TNM contacted the CEO of Ohris restaurant, Phani Kumar, he refused to comment on the case. The collection of service charge has no legal right to mention 10% service charge. It is the discretion of the customer to pay the amount after being satisfied with the service provided by the employee or staff of the restaurant. This discretion of the customer cannot be restricted and made mandatory as per the wish of management, said the order.

According to Telangana State Hotel Association, most restaurants in Hyderabad have made service charge voluntary.

We have asked all the restaurants to follow the governed rules. It is absolutely fair, as only the customer can decide whether they liked the service of the hotel,” says Jagdish Rao, Secretary of Telangana State Hotel Association. He, however, added that service charge earlier added to the bill, was given to staff and restaurants did not profit from the levy. The restaurant earlier levied service charge in order to reduce disparity between the workers. A particular amount was fixed which was given to all the staff, he says. While the Telangana Hotel Association claims that only a few restaurants continue the practice of levying service charge, activist Vijay alleges that 80% of the high-end restaurants have been blatantly violating the Consumer Protection Act by levying the charge on the bill.

This is unconstitutional and illegal. Most of the cases, people do not say anything so as to avoid verbal fights with the staff. Who wants to go out with your family and spoil one’s mood. It is the responsibility of the restaurants to inform the customer that the service charge is voluntary, says Vijay. In April this year, Hyderabad Consumer Forum had directed INOX multiplex to pay up Rs 5,000, along with another Rs 1,000 after a complaint filed by Vijay Gopal after he was charged Rs 50 for a bottle of water that costs Rs 20 otherwise. He was also prevented from carrying his own bottle of water into the multiplex. The forum asked INOX to discontinue the unfair trade practice as there cannot be two MRPs for the same water bottle of water. It also asked the theater managements to provide free drinking water for its consumers.