McDonald’s to close 169 outlets in India in franchise battle

McDonald’s is shutting down 169 stores in India, which may lead to more than 10,000 people losing their jobs. The US burger chain, which has a presence in around 119 countries, said on Monday that it was terminating its agreement with Connaught Plaza Restaurant (CPRL) due to alleged breach of franchise agreements. CPRL is a 23-year-old 50:50 joint venture (JV) between Vikram Bakshi and McDonald’s India. This means CPRL, which runs McDonald’s operations in north and east India, including Delhi, will not be able to use the chain’s logo, branding, trademarks and recipes within 15 days of receiving the termination notice. 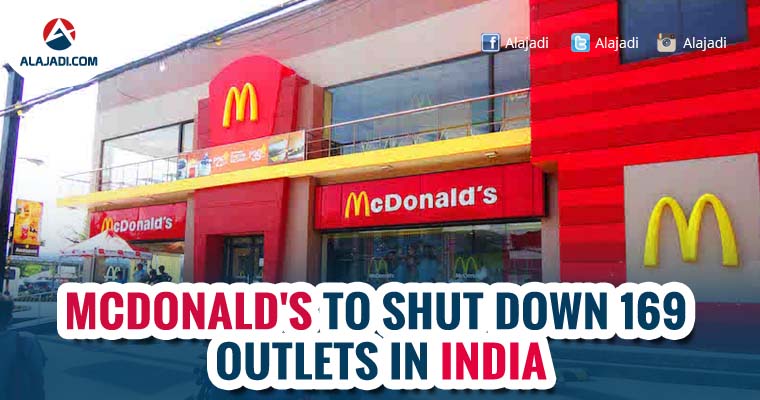 Each McDonald’s outlet employs around 40-60 workers depending on its size, said a senior McDonald’s executive, who did not wish to be quoted. This excludes corporate employees and suppliers, including farmers who supply raw produce such as tomatoes, onions, lettuce and ingredients for sauces. McDonald’s operates a total of around 430 outlets in India through CPRL and Hardcastle Restaurants, the company’s franchise in the south and west. The company said it is looking for a new partner to replace CPRL. We understand that this action brings uncertainty for many, McDonald’s India said in an email. It will take time to bring the current situation to a final resolution.

McDonald’s has been engaged with a protracted legal battle with Bakshi since 2013, when he was ousted as the CPRL’s MD over alleged misuse of funds. However, Bakshi was reinstated as CPRL’s MD by the National Company Law Tribunal(NCLT) in July. In June, around 43 McDonald’s stores were closed+ down due to CPRL failing to get mandatory health licences for the outlets. That was the final nail in the coffin, said a person familiar with developments at CPRL. McDonald’s was waiting for an opportunity to make its move. When contacted about the notice, Bakshi said, The timing of this notice is hugely suspect because it comes on the morning of the first board meeting, scheduled by the administrator (a former judge of the Supreme Court of India) appointed by the Hon’ble NCLT) and which the two Foreign Nominee Directors of McDonalds, declined to attend, despite receiving sufficient advance notice.