Private banks said on Wednesday that they would charge a minimum fee of Rs 150 on cash deposits and withdrawals after four free transactions in a month. The charges had been kept in abeyance after the decision on demonetization was made on November 8, 2016. Banks, including HDFC Bank, ICICI Bank and Axis Bank, from March 1 started levying a minimum charge of Rs 150 per transaction for cash deposits and withdrawals beyond four free transactions in a month. The charges will apply to savings as well as salary accounts effective from Wednesday, HDFC Bank said in a statement. According to HDFC bank’s new rule, apart from having to pay an additional Rs 150 for the fifth transaction after four free ones, consumers will have to pay cess and an additional service tax. The fee would be calculated at the rate of Rs 5 for every Rs 1,000 transacted or Rs 150, whichever is lower. 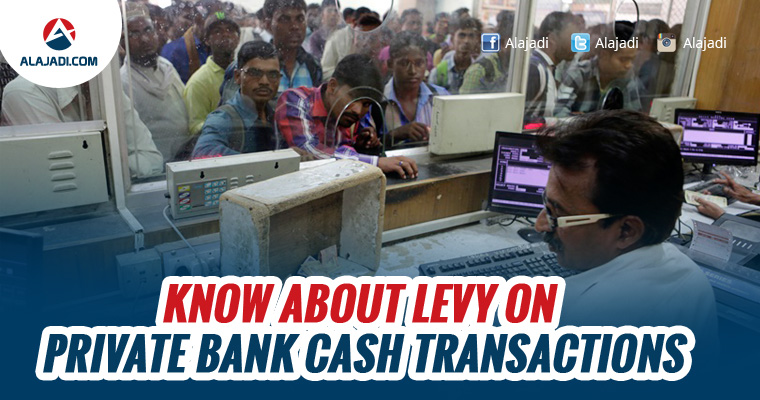 While a transaction of Rs 25,000 from a non-home branch won’t cost you a penny, anything above Rs 25,000 will be charged Rs 5 per thousand or a minimal amount of Rs 150 once and for all. The tax and cess will be applicable on this amount as well. At a home branch, if the cumulative cash (deposit and withdrawal) exceed Rs 2 lakh, a transaction charge of Rs 5 per thousand rupees or Rs 150 (plus tax and cess) will be levied.

According to HDFC, there will be no charge or tax for minors and senior citizens up to an amount of Rs 25,000 per day. Third party transactions above Rs 25,000 won’t be allowed. Only a transaction up to Rs 25,000 with Rs 150 charge will be accepted. However, the cash handling charges imposed after the note ban have been removed completely.

According to details on ICICI Bank website, there will be no charge for the first four transactions a month in the home branch, while Rs 5 per thousand rupees would be charged thereafter subject to a minimum of Rs 150 in the same month. The third party limit would be Rs 50,000 per day. For non-home branches, ICICI Bank would not charge anything for the first cash withdrawal of a calendar month and Rs 5 per thousand rupees thereafter subject to a minimum of Rs 150.

At Axis Bank, the first five transactions or Rs 10 lakhs of cash deposits or withdrawals would be free and charged at Rs 5 per thousand rupees or Rs 150, whichever is higher. When contacted, a senior official said there has been no directive from the government to the banks regarding levy of such charges.