The makers of Venkatesh’s upcoming film ‘Guru’ have unveiled the film’s first teaser to celebrate the birthday of the senior hero on December 13. The actor turned 56 this year. The teaser doesn’t reveal any plot points but concentrated only on Venky. The actor is seen dancing histrionically, presumably in inebriated state, to ‘Jingidi’ song in Vizag beach. Venky’s rugged look and cool attitude are the highlights of the teaser. 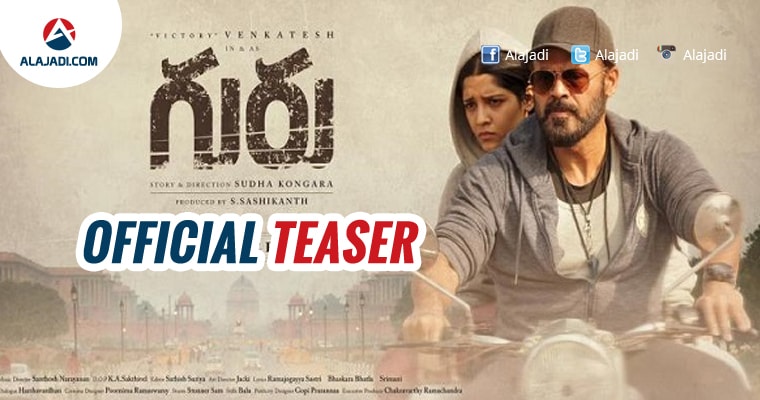 Guru is the official Telugu remake of Madhavan starrer Hindi-Tamil bilingual. Venky is reprising the role of Madhavan, who played a tough boxing coach. Some fans opined that the teaser would have garnered more attention if makers had shown one or two powerful scenes, giving a glimpse of the attitude that Venky carries in this boxing drama. The makers have recently wrapped up the shoot and are currently busy with the post-production work. They have announced that the film will release in January 2017, most probably for Republic Day.

Venkatesh, also known as Victory Venkatesh, has usually essayed the roles of a lover boy or family guy but in this film, he appears in beefed-up look. The actor plays a boxing coach in the film, who had given up the game following a scuffle with authorities over politics in sports. However, he goes on to train a talented girl in order to fulfil his own dreams. But his comeback is not a smooth ride because he meets someone who is as complex as him.