The most awaited Gopichand and Sampath Nandi combination Goutham Nanda trailer is out. First feature to strike with this approximately 1 minute 54 seconds odd trailer is the opulently luxurious production values as Sampath Nandi seems to have taken extreme care in showcasing every penny invested into making to be visible on big screen. Beginning the trailer with his own voice-over, Sampath briefed his core concept of Dhanam Moolam Idam Jagath by elaborating the common connection of currency between 730 Crores population with 4200 religions, 6500 languages living in 196 countries. 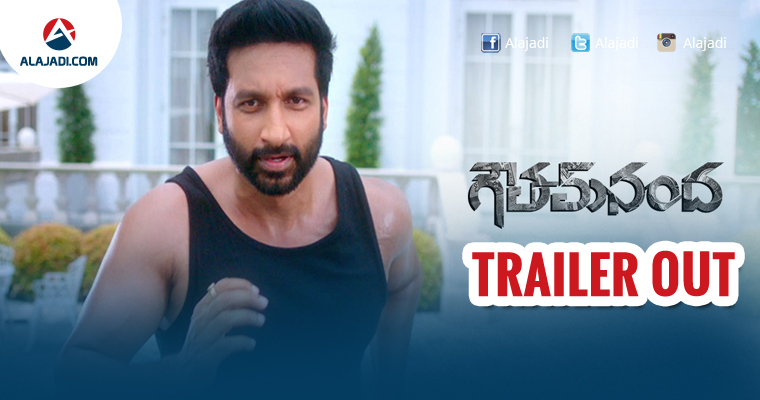 Money never becomes second hand despite it changes multiple hands. That’s the dialogue high spots Gopichand characterization living in a slum. Then there’s one more stylishly designed filthy rich Gopichand character on a journey to find his self, the only question WHO AM I.

How these two diverse poled characters of Gopichand fastened to central story with a natural looking Hansika Motwani, hot and curvaceous Catherine Tresa appears to be interestingly dealt. Few visuals sprinkled from Bole Ram song are radiant, thanks to Soundar Rajan’s brilliant camera work which can also be seen in aerial and underwater shots from Dubai locations.

Excited to know more about the film, let’s wait for a week plus because Goutham Nanda is hitting the screens on 28th of this month.