Rana Daggubati is all set to release his film, Nene Raju Nene Mantri on the 11th of August 2017. After his role in Baahubali and Baahubali: The conclusion, his fame rose to peaks, making him popular across the nation. Now everybody is eagerly waiting for the upcoming Nene Raju Nene Mantri. This movie is anticipated to be the biggest political thriller till date. Just how handsome Rana looks in the trailer itself is reason enough to drag fans to the theaters. The movie stars Kajal Agarwal and Catherine Tresa in lead roles. 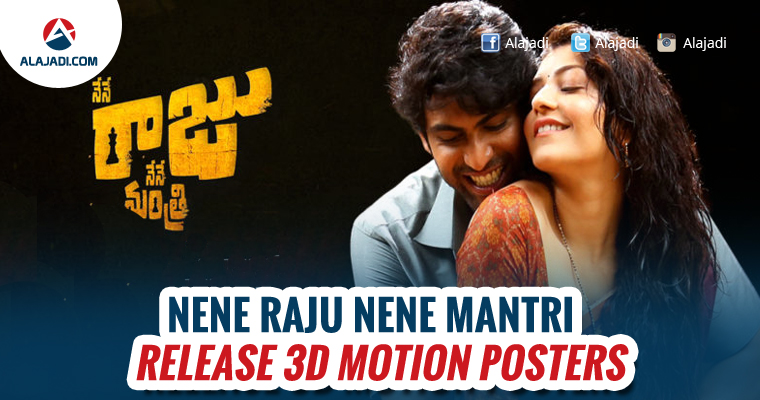 The makers are now focusing on promotions for the film. Nene Raju Nene Mantri is predicted to be a turning point in both Rana Daggubati and director Teja’s career. For this reason, makers have come up with a new strategy to promote the film. For the first time in the world of cinema, Nene Raju Nene Mantri came up with a 3D Augmented Reality (AR) motion poster. This is set to create a new benchmark in movie promotions by introducing ‘Appstar’ an immersive smart-phone application.

3D AR motion posters for lead characters, Jogendra (Rana) and Radha (Kajal) can be viewed in Appstar. All you have to do is scan the bar-code on the poster or download the app to see the Nene Raju Nene Mantri stars come alive. The app can be downloaded both on Android and i OS and the standee poster is placed in about 700 theaters. These motion posters are a completely new experience for all film industries across the world. The fact that this has been launched with the world’s favorite actors makes it all the more exciting.

Augmented Reality has a lot of benefits in the fields of education, entertainment, gaming and marketing. Appstar is a very good way of introducing this concept to masses. John Paoletto is the Head of Design Avantari, the creators of this AR for Nenu Raju Nene Mantri. Nene Raju Nene Mantri is produced by Suresh Daggubati, CH Bharath Chowdhary and V Kiran Reddy under Suresh Productions and Blue Planet Entertainments. Wishing Rana and the entire team of Nene Raju Nene Mantri all the very best for their upcoming movie!