Well, don’t be confused with Samanthakamani, this Marakathamani is a Tamil Thriller film starring Aadi Pinisetty and Nikki Galrani. The young hero who created some good name for himself with movies like Sarrainodu, Malupu is hitting the screens with this remake. 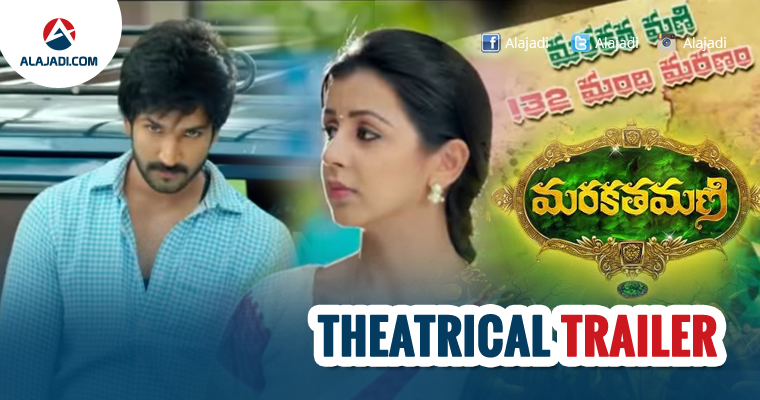 On Sunday, the movie team released audio and unveiled the theatrical trailer. The movie follows the story of a 11th century King’s diamond, named Marakathamani. The King after knowing the dangers of the jewel, he asks his men to bury the stone with him in a protected place. Knowing about it, Aadi and his team, go on a adventure  to get the jewel, after a deal with the evil company who just needs money. The theatrical lays to us the central concept and it also all the players involved. Perhaps it gives away too much may be the problem here. All the actors in the movie look well suited for the parts and could give engaging performances as well with right direction.

As it is a cursed, one after other problems start surrounding him and his team. Slowly, the hero understands the major issue and he starts to rectify his actions. Can he escape the wrath? Well, the trailer promises an edge of the seat Thriller and we hope the team stands on their promise.